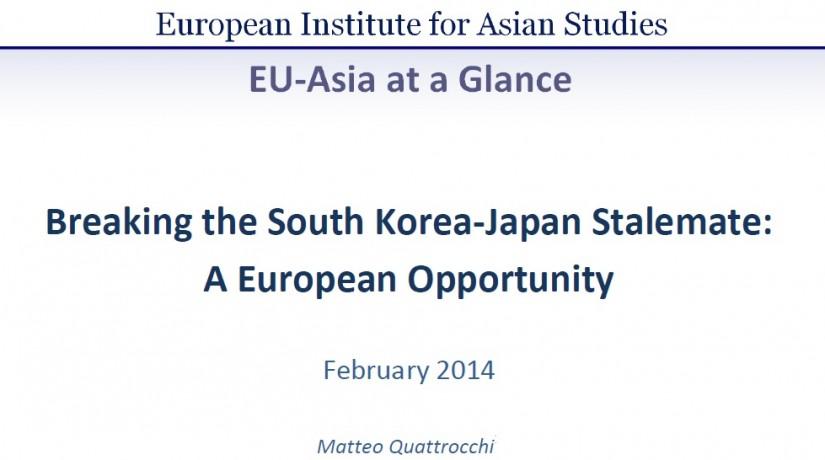 The relations between Japan and South Korea have substantially deteriorated in the last years. As the security situation in East Asia seems more and more likely to lead to an arms race and maritime confrontations, it would be fundamental to recompose the relationship between two of the most stable partners of the EU in the area. The EU has demonstrated its capabilities and abilities in conflict resolution negotiations, especially on disputes related to historic traumas, therefore it appears to be particularly suited for a rapprochement between Japan and South Korea. While historically rooted disputes are often more complex than all-out conflicts, the EU was specifically created with the objective of uniting Europe, mediating between the numerous regional and local differences of the continent. The possibility of appealing to the shared values between the three parties, the substantial economic interests, and counting on the support of the U.S., ever interested in a stable East Asia, make so that an active engagement of the EU in the area would prove fruitful and effective.