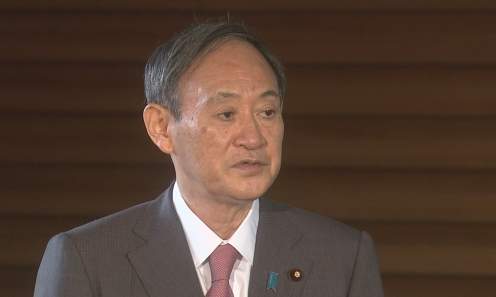 Japan’s new Prime Minister Yoshihide Suga has taken office on 16 September 2020, replacing Shinzo Abe who stepped down due to health reasons. 71-year-old Suga is a political veteran with a notoriously tight schedule, who has climbed his way up the political ladder from humble farmer origins. Suga served as Chief Cabinet Secretary under the Abe administration since 2012, as well as taking the post of Minister for Internal Affairs and Communications from 2006 until 2007. Suga is no stranger to lobbying and hobnobbing, meeting with other politicians and influential businesspeople on a daily basis. As Abe’s right-hand man, he has played a key role in shaping the former cabinet’s policies. Not only was it Suga who urged Abe to run for a second term as Prime Minister in 2012, he also encouraged him to focus more on economics, resulting in Abe introducing his well-known Abenomics. Furthermore, Suga pushed the easing of visa regulations under Abe, which has led to a significant rise in tourism.

Suga’s rise to power seems to have been a carefully planned process. Critical voices from politicians, bureaucrats and media were gradually filtered out through such devices as the Cabinet Bureau of Personnel Affairs, founded in 2014, which in effect has given Suga control over the appointment of bureaucrats. Furthermore, strategies such as the wining and dining of media executives ensured positive coverage of Abe and Suga by media outlets. Suga also received help however, since the “emergency” vote for party leadership was restricted to those politicians already in Parliament and three representatives from each prefecture, a decision pushed by Toshihiro Nikai. Rank-and-file members were thus excluded from the vote, sidelining Shigeru Ishiba, a staunch critic of Abe’s policies. Nikai was apparently also the one who convinced four other major factions within the LDP to support Suga, alongside his own, making a great contribution to Suga’s rise. Subsequently, the LDP’s majority in the House of Representatives virtually guaranteed Suga’s victory in the premiership election, carried out by the national Diet. The outcome stands in sharp contrast with claims that Abe had outstayed his welcome and support rates of Abe’s Cabinet falling below 33% in August, according to a Jiji Press poll.

Even though the new PM does not belong to any faction within the ruling Liberal Democratic Party, he won the party election with 377 out of 534 votes. Not being affiliated may well have been to his advantage, especially during the pandemic, making it easier for him to take a mediating role between the major factions. This mediating role is reflected in his cabinet, where members of different factions have been carefully balanced. Continuity is key, with Suga keeping such Abe heavyweights as Taro Aso, Toshimitsu Motegi, Katsunobu Kato, and Taro Kono in key positions, as well as appointing other LDP members with Cabinet experience.

The new conservative male-dominated cabinet is not expected to be beneficial for more progressive goals or for women’s rights. Hiroko Goto, professor in gender and law at Chiba University, claimed that Suga merely wants to keep the status quo, “not only on women’s issues but also on other issues such as economics”. The appointment of merely two women in the cabinet (out of its 21 members) confirms this tendency. Moreover, extreme nationalist ideology is rampant in the cabinet, with several of its members, including Suga himself being affiliated with the ultranationalist organisation Nippon Kaigi.

During his campaign, Suga was criticised for his slogan jijo, kyōjo, kōjo, which can roughly be translated as “self-help, community help, public help”. The concept is generally used in the event of natural disaster, prioritising the gravest situations when it comes to governmental support, whereas individuals are encouraged to engage with smaller problems themselves (jijo) or in collaboration with their community (kyōjo). In the context of policy, however, the slogan reflects neoliberal ideology: minimal interference of the state in a country where the individual is “thrown to the wolves”, associate professor at Chiba Commercial University Shinichiro Tanaka said. The slogan has also been heavily criticised on Twitter, where some claimed it encapsulates the government’s refusal to take responsibility over its citizens.

Under the current conditions, Suga’s policies will mainly focus on fending off the coronavirus and revitalising the economy. Suga intends to continue Abenomics, or “Suganomics”, as it may be called from now on. Some argue however, that Abenomics policies are contradictory as such and thus do not reveal concretely what we may expect under Suga. Hiroaki Nakanishi, the chairman of the Japan Business Federation hopes for thoroughgoing economic reforms under the new cabinet, including bold deregulations. While such reforms would be welcomed by big businesses, they may not be the best development for the average Japanese citizen, as further economic uncertainty is looming. However, as Abe’s policies already favoured loose monetary policy and fiscal spending, further concessions towards businesses would not be groundbreaking developments.

The defence budget for 2021 has already been raised under Suga, from JPY ¥5.31 to JPY ¥5.4 trillion. Another sign of continuity perhaps, while conversely it seems as if the new government is using its creation as an excuse to push some Abe policies even further; something which may have been more difficult were it not happening under its new banner. In his parting statement, Abe expressed his wish for the government to consider first-strike capabilities, alluding to the possible threat of missile attacks. This statement is in line with his ultimate goal to amend article 9 of the Japanese Constitution, which he ultimately has not been able to realise during his premiership.

There have been speculations about snap elections—by Aso among others—possibly as soon as next month, but it remains to be seen what Suga’s plans are. Snap elections may well consolidate Suga’s power, but the new PM has displayed some doubt concerning the issue, as elections during the pandemic may also work to his disadvantage; prioritising his own political interest over public health may not be well-received.

On 22 September 2020, Suga had a short phone call with Charles Michel, President of the European Council. They both expressed their wish to further strengthen bilateral relations and cooperation in such areas as free trade, climate change, and digital transformation. Suga mentioned his willingness to deepen cooperation with the EU, emphasising his wish to realise the “Free and Open Indo-Pacific”.

Suga does not have much experience on the international stage however, and it is speculated he will rely heavily on Motegi, his Minister of Foreign Affairs, who served the same function under the Abe cabinet. The U.S.-Japan relationship will still be the core of Japan’s foreign policy, but the concrete capacity of this relationship may vary, depending on the outcome of the American presidential elections coming November.

It is certain that the “Free and Open Indo-Pacific” concept will play a key role in the cabinet’s rhetoric, as it was mentioned for example in Suga’s phone call with Boris Johnson and with UN Secretary-General Antonio Guterres. It will furthermore be one of the handles of Motegi in his talks with the German and French foreign ministers in the week of 28 September. It does not seem coincidental that these are the first two countries that the Japanese foreign minister will visit, as they have been the first two in Europe to develop a strategy for the Indo-Pacific, with Germany recently releasing its Policy guidelines for the Indo-Pacific. The concept mainly seems to serve as an ideological counter to the increasing Chinese influence and territorial claims in the region.

Suga will have many challenges to face in the coming months, and it is during this time that it will become apparent whether he is indeed an Abe substitute, or whether he has more thoroughgoing moves up his sleeve.

Photo Credits: Prime Minister of Japan and his Cabinet