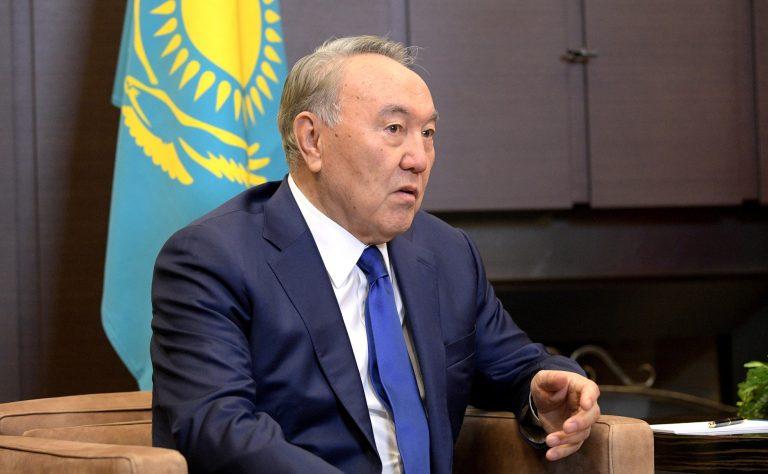 The resignation of President Nursultan Nazarbayev, the first and only President the Republic of Kazakhstan has ever had, marks the end of an era for a country that has managed to rise from the status of a disenfranchised former Soviet nation to a prosperous crossroad for a new Silk Road.

From the 24th of April 1990 until his resignation on the 19th of March 2019, Nursultan Nazarbayev led Kazakhstan’s economic development, making it the first former Soviet nation to receive a positive global investment ranking in 2002, paying off all of its debts to the IMF, and rising to become Central Asia’s strongest economy. Born near Almaty in the then Kazakhstan Soviet Socialist Republic, Nazarbayev is an example of success achieved through hard work. He joined the Soviet Party in 1962, rising through the ranks to the status of party leader and Head of State by 1989, a position he held until the Soviet Union’s collapse. Following his election as the first President of the Republic of Kazakhstan in 1991, Nursultan Nazarbayev has remained in power ever since.

During his tenure as President, Nazarbayev enacted a series of political and economic reforms aimed at further liberalisation and development. Amongst the many policy initiatives enacted by Nazarbayev are the moving of the capital from Almaty to Astana in 1997, a firm commitment to non-proliferation, and the publication of the 2050 Strategy in 2012. This strategy, which aims to spur Kazakhstan towards becoming one of the 30 most developed nations in the world, is one of many political-economic objectives taken under Nazarbayev. Other polices and projects he enacted include the Nurly Zhol (the path to the future) in 2014, a multibillion-dollar domestic modernization plan, and the creation with Russia and Belarus of the Eurasian Economic Union – a “bridge” between the growing economies of both continents. In 2006 he even supported the idea of a single currency for all Central Asian states put forward by Iran. More recently, Kazakhstan became one of the countries to take part in the Belt and Road Initiative promoted by China.

From the perspective of international relations and national security, Nazarbayev has set aside regional rivalries, establishing strategic alliances that prioritize a peaceful and more regionally integrated Central Asia. Not only did he lead Kazakhstan to join the Commonwealth of Independent States (CIS) in 1991, following the collapse of the Soviet Union, but he also proposed the creation of an alliance of Turkic-speaking nations to promote cooperation among Turkic-speaking states in 2006. Officially launched in 2009, Kazakhstan was among the founders of the Council of Turkic-Speaking States (CCTS) together with Azerbaijan, Turkey, and Kyrgyzstan. During Nazarbayev’s presidency, Kazakhstan also joined the WTO, the Euro-Atlantic Partnership Council, the Organization of Islamic Cooperation, and the Organization for Security and Co-operation in Europe (OCSE), to name just a few.

A number of Nursultan Nazarbayev’s great passions emerged as key policy areas throughout his three decades in power. Included amongst these are sports, Kazakh nationalism, and the green economy. Under his tenure, Almaty has submitted two bids for the Winter Olympics alongside hosting the Asian Winter Games in 2011. Additionally, Nazarbayev has emerged as a champion of the Kazakh people, having focused significant efforts on the promotion of the Kazakh language and various traditional practices. In the realm of green economy, during the last decade, Kazakhstan has set the goal of transitioning from a carbon-reliant economy to one where renewable and alternative energy sources will make up 50 percent of all electricity produced. Finally, under his leadership, Kazakhstan created and promoted the “Green Bridge” and the Green Bridge Partnership Program – an initiative that aims to facilitate the transfer of new green technologies from developed to developing countries, ultimately creating long-term green jobs and investment.

Following Nazarbayev’s resignation, Kazakhstan is now tasked with managing the first transfer of power of the nation’s history. There is an entire generation of people that have not known any other national leadership figure in their lifetime, albeit he remains in key governmental roles. In fact, he is still the Chairman of the Security Council – a very powerful body, responsible for many departments and sectors, including military strategy – the Chairman of the Democratic People’s Party (DPP), and a member of the Constitutional Council. Even though for a while his daughter was thought to replace him, currently, this does not seem to be the case. The world is waiting to see how the first elections in Kazakhstan without Nursultan Nazarbayev as one of the – if not the only – candidate to run, but it is afraid of a crisis and struggle for power that could weaken the country. Nazarbayev’s mantra of “stability before democracy” has held until the time was ripe for peaceful and non-destabilizing change.

It is undeniable that under the presidency of Nursultan Nazarbayev, Kazakhstan has witnessed tremendous growth in economic and political influence, with its strategic importance being recognized around the world.  It is impossible to tell the phenomenal story of Kazakhstan’s success without frequent reference to its president of the past 30 years, with Nazarbayev’s hands-on approach to political leadership in large part driving this vast, landlocked nation’s social and economic transformation. As Kazakhstan and Central Asia as a whole continue to grow both economically and in terms of their strategic importance, political leadership in the region’s largest state will be more important than ever. Whilst Nazarbayev no longer holds Kazakhstan’s top office, it is certain that throughout this potentially difficult transition, his immeasurable influence will remain steadfast. Looking ahead, it is sure that even when Nazarbayev eventually steps down from all political duties, the influence of Kazakhstan’s founder, father, and long-serving leader will endure well into the future. Will the old rules outlast the man who made them? That is for the future to tell.