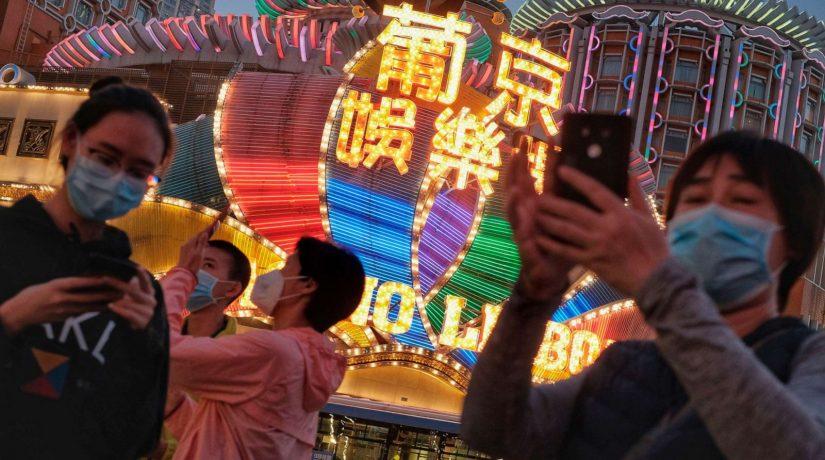 The world is facing an unprecedented health and economic crisis, and tourism is one of the worst affected sectors globally. According to the World Tourism Organisation (UNWTO), international tourism fell by 22% in the first quarter of 2020 and this decline could extend to 80% throughout the year. This plunge is not a direct effect of the pandemic but rather of the subsequent widespread introduction of travel restrictions and closure of airports and national borders. As the number of daily new cases is slowly starting to stabilize, many economies, particularly those heavily reliant on tourism, are searching for strategies to re-open their countries and accelerate economic recovery without risking a new outbreak. In their quest for appropriate solutions, governments could look towards Macau for guidance and inspiration.

Macau, a special administrative region (SAR) of China, is the most densely populated region in the world and tourism is its primary driving force of economic growth. Given its reputation as a top destination for gambling tourism, its industry is seven times larger than that of Las Vegas. With the hindsight of the 2003 SARS epidemic, the territory has successfully managed the health crisis, especially considering its proximity to the original location of the outbreak and the myriad of Chinese visitors it receives annually. Rapid and exhaustive measures were implemented: with only five cases, the government shut down all education facilities and imposed temperature checks at the border. Responding to the panic-driven private demand for masks, the Health Bureau began rationing masks to prevent a shortage. A temporary closure of casinos was ordered as soon as the number of cases reached double digits. Due to the policies implemented, the usage of masks by the majority of the population and social distancing, Macau plateaued at a total of 45 cases with no casualties, all of which have since recovered, as well as having no new cases in the last two months. However, the territory was not spared from further effects of the pandemic.

The subsequent worldwide lockdowns had an enormous impact on Macau. This is unsurprising when noting that it is considered to be the most vulnerable destination by the UNWTO in two categories: tourism as a direct share of GDP (48%) and tourism as share in total exports (90%). In contrast to the 10% increase in visitors in 2019, reaching a total of 39.4 million per annum, there has been a loss of 99.7% of visitors in April 2020 year-to-date. For the first time since the liberalisation of the gaming sector, the average daily balance has reached negative figures as the casinos have been suffering the worst ever revenue drop of 73.7%. Even excluding gaming expenses, the total spending of visitors declined by 70.4% in the first quarter of 2020. Taking into consideration developments abroad, the Macanese government has developed various approaches to boost the economy and help the territory overcome the adversities stemming from the pandemic. Considering that the situation in Macau is chronologically ahead of most European countries, there are several lessons to be learned from the most tourism-dependent region in the world.

Besides ensuring the management of this health crisis, it is crucial to implement mitigation packages in order to promote economic growth, cushion the rise of unemployment, and protect the livelihoods of locals. One of the most imperative actions is to tackle the lockdown’s impact on unemployment. Market intervention from the Macanese government took place to incentivize job retention and sustain the self-employed. A subsidy for employees designed to cover 25% of 2019 median monthly income has been put in place, as well as grants for self-employed professionals. Subsidies for businesses, however, are conditional. If a company lays off employees without justification they will be required to refund the subsidy in proportion to the level of lay-offs. Another constructive approach has been the inclusion of paid occupational training, where government-run training courses are available to the unemployed, which will also be offered employment-matching services. The occupational training is available to the employed upon recommendation of their employers, with the latter being granted a subsidy for each recommended employee to a maximum of five. These economic relief measures and promotion of skills development have been crucial alongside tax-relief and tax-exemption measures, which included the full waiving of residents’ property tax and a 25% reduction of commercial establishments’ property tax for the year 2019, as well as waiving the tourism tax for six months, the annual vehicle licence fee, and stamp duty on issuance and renewal of government permits and licenses.

On top of providing economic stimulus, spurring domestic consumption has been vital for kick-starting the economy at a time where the duration of international travel restrictions is still uncertain. Various efforts have been made to support the well-being of local residents, including the subsidization of three months of electricity and water bills for residents as well as additional two months-worth of subsidies to vulnerable families that had already been receiving benefits from the Social Welfare Bureau prior to the crisis. Additionally, an innovative consumption stimulating scheme has been implemented in the form of an Electronic Consumption Voucher. Every resident was allocated a 3,000 pataca (€340) e-voucher to boost the community’s purchasing power. As a daily limit of 300 patacas was set, this generates spending in small and medium enterprises (SMEs). This policy has proved popular and effective, particularly as a means of ensuring the survival of local SMEs. Hence, noting a lack of full economic recovery, the government has announced a second round of the electronic coupons to be distributed, this time each worth 5,000 patacas (€564). While this initiative has proved to be beneficial, its replicability in Europe is doubtful as it was only feasible in the context of Macau’s budget for government expenditure, which is largely financed by the gaming tax revenue. However, if governments decide to take similar steps in order to encourage domestic consumption, rather than giving out stimulus checks as the American government did, they should follow Macau’s example which ensures that the money goes directly into the economy rather than potentially being kept in savings.

Considering that intercontinental travel will take some time to return to normal levels (if at all), the last hopes for a summer tourism recovery lie in travel bubbles; geographic areas in which movement can occur relatively unhindered. As this requires mutual trust regarding the countries’ abilities to contain the virus, including testing and contract tracing capabilities, the easiest way to create a travel bubble would be to solely include countries that have little to no cases. A regional travel bubble would benefit tourism industries without taking on too much risk. Efforts to standardize health check requirements between Macau, Hong Kong and Guangdong province have been the first steps implemented. The Macanese government has also asked Beijing during the 13th CPPCC to remove immigration restrictions and resume the issuance of visas for travel to Macau.

Prior to the gradual opening of Europe initiated on June 15, the travel corridor concept had been implemented within the EU’s borders, with the Baltic travel bubble. Currently, travel from outside the Schengen area remains limited. However, the European states should look towards their neighbours and decide on which to include in a travel corridor. Countries such as Bosnia and Herzegovina, Croatia, Albania and Montenegro have had relatively few cases and a steadily decreasing number of daily new infections. The implementation of such a travel bubble, with the countries included reviewed regularly and their daily new cases monitored, would allow for land travel  that could be vital at a time where air travel remains complicated and as the peak summer season approaches.

The economic ramifications of this crisis will be vast and it is crucial for governments worldwide to provide economic relief packages that address the hardship suffered by the tourism sector and its millions of direct and indirect employees. This is particularly relevant to the EU as 12% of its labour force work in this sector, with the number increasing up to 20% for the Mediterranean member states. Thus the bloc’s approach to ensure economic recovery should indeed include short-term company survival policies, but more importantly, it should tackle rising unemployment rates. Policies, such as those implemented by Macau, that incentivize job retention, support the self-employed, provide training courses for the unemployed and restore consumer confidence are pivotal in the fight for economic revitalization. Going forward, the concept of travel bubbles will most likely play a pivotal role in boosting tourism. Considering the successes in managing the health crisis and the creativity of the policies implemented to revive the economy, Macau is a possible example to follow for European countries whose economies rely heavily on tourism.