“The Health Silk Road”: Implications for the EU under Covid-19
Home  /  News 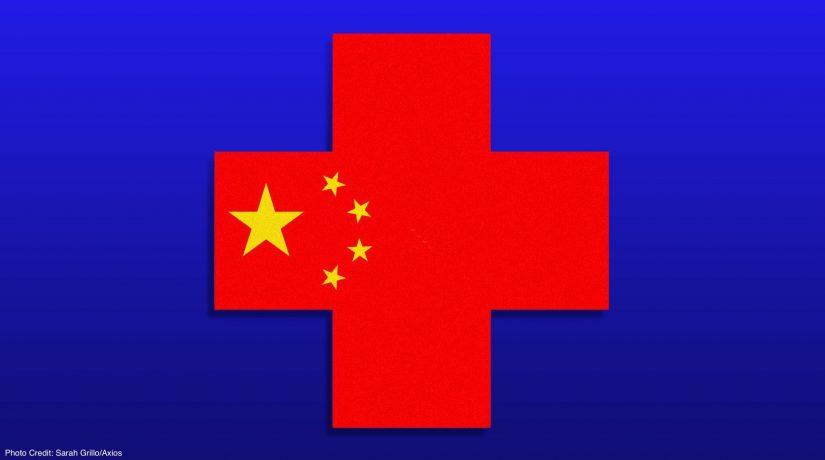 Since the outbreak of the Covid-19 pandemic, China’s Communist Party (CCP) has quickly tried to turn this crisis into a geo-economic opportunity, swiftly moving the attention from being the source of the virus to the one offering solutions. In the process, Beijing has been employing soft power tools such as mask diplomacy. Seizing the initiative in a leaderless Covid-19 world, while the US has been abdicating its traditional role as global saviour, European powers have been scrambling for solutions. With China stemming the Covid-19 tide, it is using the Health Silk Road label as a ploy to re-boost its economy which was already showing signs of slowing down pre-pandemic.

The Health Silk Road term is gaining more currency now during the Covid-19 pandemic. However, it is certainly not a new phenomenon as this health dimension has been part of China’s behemoth BRI since its inception in 2013. The Health Silk Road itself was launched in 2017 by China and the World Health Organisation (WHO). Both made an ambitious pledge towards universal health coverage through global health development cooperation in research and health systems, particularly among Silk Road countries. China maintains a dual identity balancing act – between being a developed economy (when it comes to rights) and being a developing country (when it comes to responsibilities) on the other. The Health Silk Road fits comfortably within the BRI narrative as China, a former substantial foreign aid recipient, has become eager to take the heavyweight title, away from the US, but without committing sufficient resources. Until now, this medical dimension has been dormant, overshadowed by the countless infrastructure projects launched under the umbrella of the BRI.

According to recent media reports, China has taken a two-pronged approach of sharing (dis)information on the virus origins while also driving an assertive PR campaign in Europe and around the globe. At present, the EU cannot look towards the US for leadership, as was the case during the 2008 financial crisis. The Trump administration is increasingly looking inwards, moving away from adopting its usual global approach. Although healthcare falls exclusively within the competence of EU Member States, to fight the pandemic effectively the EU must play a central role as chief conductor. Covid-19 should be a wakeup call for the EU to realise its aspirations to be recognised as a resilient geopolitical actor.

Italy, the first and hardest hit country by the pandemic in Europe, serves as a laboratory for China’s renewed soft power push within the EU. Being the first G7 country to join the BRI in March last year, Xi Jinping recalled the Health Silk Road, speaking to PM Giuseppe Conte following the vital need for medical supplies a year later. Chinese assistance to Italy included efforts from the CCP to the omnipresent companies, technology giant Huawei and Jack Ma’s Ali Baba, who incidentally were welcomed with open arms by the Italian Eurosceptic Five Star Movement.

Chinese planes were dispatched replete with doctors, masks and ventilators. Accompanied by a BRI-appropriate quote, “the friendship road knows no borders”, China framed its assistance to Italy as bestowing gifts and aid. While in reality, it was a settled commercial deal agreed by their respective foreign ministers. With the hashtag #Italexit gaining even more traction, China has taken advantage of the anti-EU feeling in Italy left by the EU’s slow and uncoordinated response to the pandemic. Conte vocally thanked China and asserted how Sino-Italian relations could become even stronger post-pandemic. The Covid-19 calamity has turned not only into a global battle of narratives but also of systems, in a time of rampant disinformation.

China has been irked by Trump branding Covid-19 as the “Chinese virus”. Defending its position, Beijing has turned swiftly to playing offence, ricocheting criticism. So-called Chinese “Wolf Warrior diplomats” have pointed the finger towards the US alleging the virus was American made. Countries like Serbia (among others) put the EU in a compromising position complaining about the lack of EU assistance, while openly accepting China’s help. Perceived as a Trojan Horse, it reveals deep frustrations with slow EU membership talks on the Serbian side. While the EU should not wage a blame game, it is clear that other European countries and the US did not receive blanket media attention as China did for their assistance to Italy during the pandemic. Although the CCP asserts that this effort is part of the Health Silk Road, providing medical equipment strays from their initial launch of the initiative which was more centred on providing medical knowledge instead of specific equipment. This shows that above all, this Health Silk Road has served as a soft power push for Beijing, deflecting and overshadowing negative news about China.

Despite the external focus, China’s soft power push in Europe is aimed primarily at its domestic audience, tapping into the reminiscence of the “century of humiliation”. This new approach likely originates from China’s alleged failure to contain the virus at the beginning of 2020, seemingly a repetition bearing in mind the outbreak of SARS in 2002. In an attempt to remove the world’s glaring spotlight away from China, it is taking subtle digs at the EU. Famous for its open borders and a single market, the current pandemic is showing certain deficiencies in the EU, while the virus seeps through globalisation unconstrained by hard borders. China is boasting about its successful model now that Wuhan is slowly emerging from a lockdown. With China being the first to suffer from the pandemic, it may be the first to gradually recover its economy, thanks to a stimulus to its domestic consumption.

With the BRI going into “temporary hibernation”, the Health Silk Road is unlikely to remain a priority once the pandemic is over. Post-pandemic Xi Jinping will have his hands full, pushing China’s damaged economy towards recovery, while fulfilling the primary goals of sustaining power and maintaining social stability. However, with Huawei and 5G cropping up in mentions across Europe, the world is watching China’s next technological move. E-health technologies may be on the horizon, in hand with the country’s ambitious ‘Made in China 2025’ strategic plan to become a high-end manufacturing powerhouse.

COVID-19 has unmasked existing fault-lines and cracks within the EU’s edifice. There is no consensus on agreeing on the Multiannual Financial Framework – the EU’s budget for the next seven years (2021-2027). The EU is slow in engaging in cross-border cooperation and rows have erupted on who is footing the bill with an emergent North-South divide of European Member States in addition to the East-West cleavage. While EUR 500 bn was agreed for European countries hit the hardest, the path to restoring health and preventing financial ruin will be rocky. The original Health Silk Road is still far from reality. Plans for cross-border cooperation of medical knowledge development and security among governments and international organisations have not been delivered.

China’s Health Silk Road revival in Europe is a short-term tactic to flex its muscles in the health market with economic gain and revival as its primary aim. Actions speak louder than empty promises as the EU must transform its meagre rescue campaign at home and abroad. With European countries using China’s commercial ‘gift aid’ as leverage, the EU should learn from China to turn a crisis into an opportunity. The EU must present itself as a reliable coordinated actor and the first supranational institution for European countries to count on before reaching out abroad. With rapid social media advances from China and bots alike, the EU should step up its cybersecurity policy and implement more viable security laws in the long-term to counter detrimental false information. China’s makeshift mask diplomacy fix will not dramatically change EU-China relations but has demonstrated that the EU must shift gears to lessen reliance on China’s role in global supply chains by diversifying, while further investing in domestic manufacturers. While the EU talks loudly of being a geopolitical power, it should do more, and speak less – or at least more coherently. Some describe the world as a fragmented and rudderless G-zero world. While the US is abdicating its crown, China is not ready yet to fully fill the leadership vacuum. The existential question for the EU is whether it can rise to the occasion, and how it aims to attain this goal.