The Future of Myanmar: EIAS Talk with Harn Yawnghwe of the Euro-Burma Office
Home  /  News 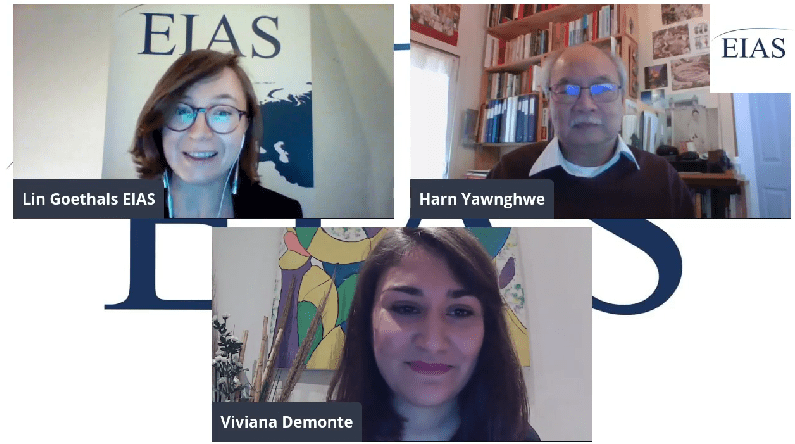 You can watch the Talk here:

This EIAS Talk with Harn Yawngwhe of the Euro-Burma Office discusses the recent events in Myanmar, the Tatmadaw’s strategy, the role of the civil society, the controversy around Aung Sun Suu Kyi, as well as the role of international actors, such as the US, China, the EU and ASEAN.

Harn Yawngwhe is the Executie Director of the Euro-Burma Office. His father, Sao Shwe Thaike was the first President of independent Burma. He and Aung San, the father of Aung San Suu Kyi (ASSK), negotiated the Panglong Agreement which became the basis for the Republic of the Union of Burma. Harn Yawnghwe and his family became exiles after the Tatmadaw seized power in 1962 and he currently resides in Canada. He helped facilitate the peace negotiations between the Thein Sein government and ethnic armed organizations which resulted in the 2015 Nationwide Agreement and the subsequent Union Peace Conferences 21st Century Panglong.

Highlights of the talk: