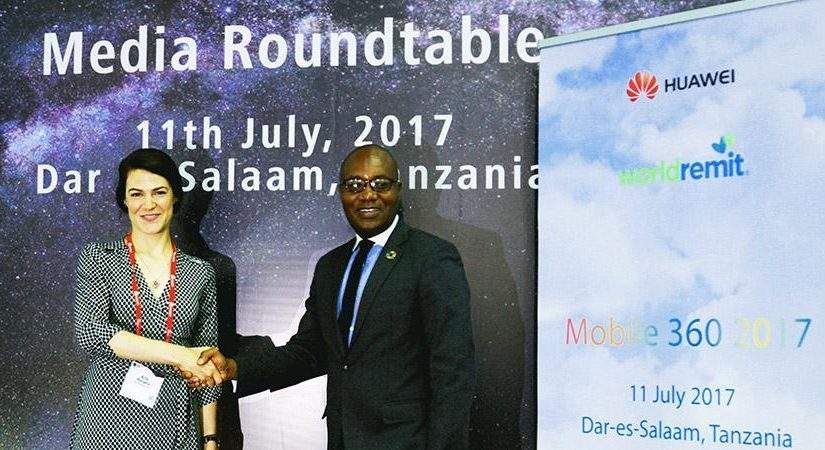 The European Commission’s resistance against US-led pressures to outlaw Huawei is the most sensible position it could have taken. However, if Europe’s broadband leaders (Nokia and Ericsson) or China’s Asian competitors (e.g. Samsung) are to enter emerging networks, then this resistance should be treated as a step in a larger process, not simply a position. This op-ed will assess what some of the EU’s next steps could be in the future of digitalisation in Africa. Should the EU and other Western firms establish a foothold in some of Africa’s networks, then it must demonstrate to its African counterparts that its providers share the fundamental commitment and understanding for local, economic considerations shown by Huawei. As it stands, it remains unlikely that many of Huawei’s rivals will be able to truly compete with it on the African continent. However, as this piece will show, the likes of Nokia, Ericsson and Samsung will also need to convince African leaders over the potential cybersecurity risks posed by the Chinese firm.

The EU must collectively show that they recognise how Huawei is fast becoming Africa’s preferred vendor of fibre-optic broadband. Having prided itself as the ‘preferred low-cost, yet high-quality’ mobile network builder, figures indicate that this is more than merely marketing rhetoric. According to its own figures, Huawei broadband is priced at 5–15%  lower than Nokia and Ericsson and cheaper than its principal Asian competitor – Samsung. The company has since expanded operations into forty African countries, providing over 50% of the continent’s total 4G broadband services. Last year, the company signed a contract with the South African government, handing it responsibility for the entire country’s 5G commercial services. Moreover, pilot tests for Kenya’s Safaricon have also raised expectations that a similar commercial deal will be struck with Kenya. This proves that the external pressures (e.g. by the US government) to impose bans have been largely ignored by some of Africa’s leaders. What EU leaders must show now is a wider appreciation for how the provider is directly complementing Africa’s economic development. As argued by the Bloomberg editor Loni Prinsloo, the Shenzhen-based firm has become the ‘central pillar’ to Africa’s growth ambitions. It has, for example, already been used to power many of China’s Belt and Road Initiative (BRI) projects on the continent. The firm already powers the USD 4.7 billion Mombasa-Nairobi Standard Gauge Railway. Or in over a dozen countries across the continent, the ‘Smart Zambia Initiative’ was launched.

Initiated in March 2015, the project would not only confirm Chinese firms such as Huawei, ZTE and China Telecom as the sole providers of the countries’ 5G services, but would also hold responsibility for nearly all of their communications infrastructures. However, what could be judged to be distinguishing Huawei from the likes of Nokia, Ericsson and Samsung  is its willingness to place financial stakes into its initiatives. Both the Chinese government and the Export-Import Bank of China have offered major concessional loans towards its various connectivity projects. More than its competitors, Huawei has also shown more willingness to engage with African networks and businesses at the local level. Typically through joint ventures with local operators, it has worked much more closely with local markets and developed a more acute understanding of them. The result has been a much stronger job environment in these markets, training and employing six thousand Africans – roughly a third and two-thirds more than Nokia and Ericsson respectively. Samsung, last year’s leader in the African smartphone market, reportedly employed fewer than six hundred employees across the continent – roughly one-tenth of Huawei’s African workforce (of African employees).  It is therefore not difficult to account for the more positive reception that the Chinese provider has been met with in Africa. As Cobus van Staden, a researcher at the South Africa Institute, alluded to, Huawei has found ‘unwavering support in Africa as a result.’

By contrast, competing firms have been met with relatively little affection. Following the news of US President Donald Trump’s intention to ban Huawei from operating with American companies, South African President Cyril Ramaphosa hit out in defence of the company. Indicating both his preference for Huawei and disdain for the international pressures against it, President Ramaphosa stated that South Africa could not ‘afford to have its economy be held back because of this [US-China Trade War] fight.’ Though President Ramaphosa’s comments did not explicitly target European competitors, these comments should be regarded as an indication of the obstacles that European companies could face in their attempts at expanding their respective shares in Africa’s broadband markets. Though the EU and South Korea have resisted pressures to  enforce blanket bans, Huawei (and ZTE) do remain ‘high-risk suppliers’ of fibre-optic broadband. Having, for example, imposed restrictions on its presence in European markets and having promoted and encouraged the use of its own providers, European leaders should consider the plausibility that their stance has been merged with the stronger stances taken by the likes of Japan, Australia, the US, and the UK. President Ramaphosa’s comments in response to President Trumps’ intention to impose bans arrived crucially in response to the ‘alarming’ forecasts that the ban would incur for South Africa’s economy. Though details of the report are not widely available, President Ramaphosa’s offering of his unwavering support for Huawei suggests in all likelihood that a middle-ground, let alone the European ‘sceptical’ position, would not produce favourable economic forecast either. Such comments, coupled with the seemingly exponential growth of Huawei throughout the continent, should reflect upon the binary nature of African leaders’ outlooks on global attitudes towards the company. It also illustrates how the central concern of African leaders is to a lesser extent the cyber-security risks that have been claimed and to a wider extent economic implication.

Considerations for the EU

A couple of alternative directions could be taken if European broadband providers are to gain greater traction in Africa. First, the EU should concede that the principal consideration for Africans is economical. Huawei is the ‘preferred low-cost, yet high-quality’ broadband provider and is thus often favoured in developing economies. This is where Europe could look to and learn from China’s success. It is first recommended that branches of Nokia, Ericsson and Samsung further involve themselves in local markets. This would allow them to understand more acutely the local business environments, the employment opportunities and more effectively orient these branches to meet local needs. This would also present more opportunities for EU providers to demonstrate deeper commitments towards local development. For example, by expanding local workforces, pursuing joint ventures with local network operators and by involving themselves with EU-backed development projects, European competitors could demonstrate to African leaders that they are willing to risk committing themselves to Africa’s economic environments. The European Commission’s recent communication ‘Towards a Comprehensive Strategy with Africa’, in which the EU indicated its intention to shift towards a more investment-heavy development strategy, presents a good opportunity for EU broadband providers to pursue this.

If the likes of Nokia, Ericsson or Samsung are to remain competitive, then the EU and South Korea should also demonstrate a similar degree of financial commitment to its providers that China has shown. A Wall Street Journal (WSJ) analysis of state-support estimated that Huawei receives seventeen times more government funding than Nokia.  No such financial support is given to Ericsson. Of course, the state budgets of Finland and Sweden (Nokia and Ericsson’s respective headquarters) or even South Korea (Samsung’s headquarters) do not possess the financial power and apparatuses enjoyed by Beijing. It remains to be seen if the financial apparatuses of the EU could aid in delivering such support. Collectively though, this could pose problems for individual member states. It would be unreasonable to expect all twenty-seven member states to share the same willingness to commit their share of financial resources towards the promotion of its broadband giants. This is especially the case amidst the COVID-19 pandemic, in which financial resources, both domestically and EU-wide are being amassed desperately to safeguard Europe’s citizens and economies. This could also raise claims of hypocrisy. As the relationship between Huawei and Beijing comes under increasing scrutiny, a closer relationship between the EU’s national governments and its own providers could be met with claims of cybersecurity concern from China.

Alternatively, the EU could pursue the question of cybersecurity further. Allegations of breaches have been made in Uganda and Zambia. As reported by WSJ, several Ugandan and Zambia public officials supposedly cooperated with Huawei to obtain access to private WhatsApp messages of political opponents. Though these allegations have yet to be substantiated, they could be seen to legitimise international concerns over the firm and its implications for global cybersecurity. The EU would need to further stress these concerns to African leaders and push for global solutions.

What remains to be seen is how African leaders may balance economic complementariness and affordability with risks of illegality connected to their networks. However, early evidence has indicated that the balance still remains in favour of economics. Despite the AU breach, leaders are continuing to cooperate with Chinese firms. As cited previously, thirteen African countries have signed up to Huawei’s ZTE’s and China Telecom’s Smart City Initiatives – a project that has since raised concerns over Chinese surveillance across the continent.  However, if as argued here, the balance does lie with economics, the relative lack of network diversification may also not prove to be a long-term risk. China leads the word in technical standards for 5G. As some, such as Hiroyuki Akiyama and Hideaki Ryugen for the Financial Times have argued, China’s lead in standards could help ‘undercut’ the economic sanctions imposed upon. Not only could this strengthen Huawei’s, ZTE’s and China Telecom’s competitiveness but the effects of these economic sanctions would likely be felt less by recipient networks.

A couple of options remain open to be pursued by the EU. However, the EU has shown few signs that it has committed itself to either. One thing remains certain though – passivity will likely only fuel the continued rise of China in Africa and will set Europe further aback in the development of its external 5G networks. Instead of further unleashing a tech war between Chinese and other global telecom suppliers, the EU should push for global solutions, including support for international mechanisms to technical standards setting and monitoring,  besides increased dialogue with China in tech affairs, cyber security and trilateral cooperation in Africa.