Legislative Elections Amid the COVID-19 Pandemic: The Successful Model of the Republic of Korea
Home  /  News 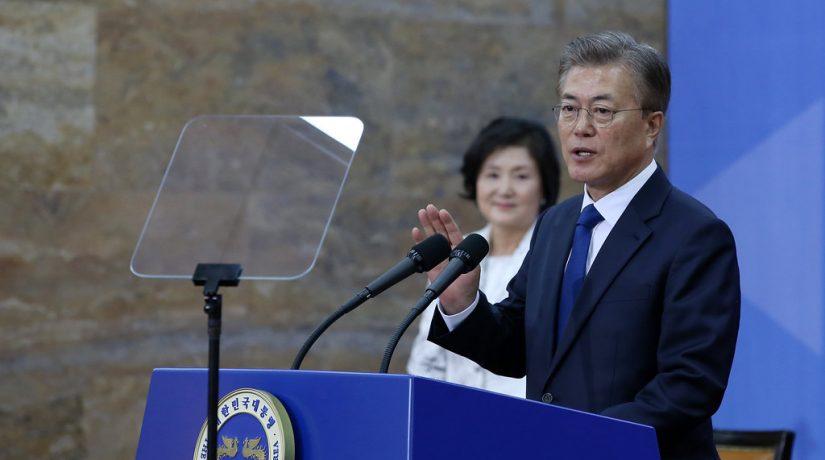 On 15 April 2020, the Republic of Korea (ROK) held its legislative elections to cast the vote for the 300 members of its General Assembly, South Korea’s Parliament, which is elected every four years. 253 seats were directly elected while 47 were assigned to proportional representatives. Since democratization in 1987, the Korean political scene has mainly been mainly dominated by two major political parties: the ruling Democratic Party (DP) on the left, and the (recently renamed) United Future Party (UFP) on the right side of the spectrum. However, following a new electoral law, each party established satellite parties in order to gain more proportional representative seats.

In times of corona, postponement of political calendars is spanning the globe. Elections worldwide have been either rescheduled, cancelled or occurring via postal voting to mitigate social contact and limit the risks of contagion. In the United States, 16 States have postponed their primaries, as many voters were concerned for their health. In Austria, local elections were cancelled in accordance with the constitution and election laws, while in Poland presidential elections will be held solely through postal voting. But different is the case for the Republic of Korea. Since the early days of the pandemic, an intense debate over the postponement of the elections dominated the legal and political scene but the government ultimately decided to go ahead as scheduled. Not even once have elections been postponed in the history of South Korea. Countries around the world closely observed the way South Korea made in-person voting safe to ensure fair and democratic legislative elections amid the COVID-19 pandemic. Indeed, the swift response to the pandemic turned the tables in favour of the Democratic Party of incumbent President Moon Jae-in. Undoubtedly this will subsequently impact the ROK’s foreign policy as well as inter-Korean relations.

Historical trends – due to Moon’s high approval rate in his third year of term – and the government’s efficient coronavirus response were expected to be factors of benefit to Moon’s DP at the polls. Indeed, South Korea’s ruling progressive party and its satellite Civil Together Party (CTP) secured a historic majority, the largest left-wing party victory in the last 16 years. This year’s elections also accounted for a number of “first times” for South Korea. These were the world’s first nationwide elections during a pandemic, the first elections held under the new electoral system in the ROK, the first time 18-year-old citizens were allowed to vote (after lowering the age from 19 at the end of 2019), as well as reaching a 66.2 per cent turnout, higher than any previous parliamentary elections held since 1992.

The ruling party’s response to the outbreak of COVID-19 was reportedly the main reason for the DP electoral success. At the dawn of the pandemic, in February, approval ratings for Moon Jae-in hit a record low as the country was struggling with domestic political scandals, a stagnant economy, a trade dispute with Japan, and a North Korea disdaining his overtures for dialogue. Moon was additionally criticised for sending masks to China and accused of prioritising relations with China over the safety of his own citizens. As public anger towards Moon surged, a petition for Moon’s removal from office went viral registering more than 1 million signatures. However, the administration swiftly turned the tables with its successful campaign against the virus, even becoming the first country in the world to flatten the curve thanks to extensive, fast-tracked testing-kits as lockdown measures were not deemed “a reasonable choice for a democratic republic” as stated by Kim Woo-joo, an infectious disease specialist at Korea University. In fact, during the elections, the National Election Commission (NEC) implemented stringent safety measures to minimise the risk of a surge in new cases currently averaging only 30 per day.

Consequently, Moon Jae-in’s estimated approval rate rapidly surpassed 55% hitting the highest peak in two years. The newly elected ruling party majority now in parliament is likely to support the continuation of Moon’s previous domestic and foreign policies. Despite foreign affairs and national security issues typically not ranking high in South Korean general elections, these elections clearly differed. Each party’s campaign displayed its own national security objectives, which will be strongly debated in light of the upcoming 2022 presidential elections. The two parties’ ideological divergences principally concern the North Korean contingency. While Moon Jae-In has been pursuing a policy of economic engagement – or “peace economy”– and reconciliation with Pyongyang, the right-wing party pledged to abandon Moon’s approach to refocus on the perceived nuclear threat from its northern neighbour.

Predictably, the DP majority in parliament will influence laws and budgets regarding national security matters, such as the reduction of the number of South Korean soldiers and their period of mandatory military service, the increase in defence budget, and any treaty requiring ratification or approval. Additionally, the Moon administration is unlikely to ease UN sanctions on North Korea even if it has been advocating economic cooperation between Seoul and Pyongyang to reduce economic dependence on Japan – one of the ROK’s top trading partners – and has been encouraging inter-Korean talks.

In fact, North Korea seems unwilling to resume dialogue with either the US or South Korea as has been demonstrated by the latest short-range missile tests launched in March at a time when the world is struggling to contain the spread of the pandemic. Nonetheless, Moon will seek to improve relations between the two Koreas as well as maintain autonomy from the US. As a result, the DP might press for the transfer of war-time operational control authority (OPCON) from the US Forces to the South Korean military and may even go as far as terminating the General Security of Military Information Agreement (GSOMIA) with the US and Japan, which is generally renewed on an annual basis. Ultimately, Moon’s approach pertaining the North Korean détente will be maintained as he is determined to establish a peace legacy on inter-Korean relations before leaving office in two years. However, it remains to be seen whether he will promptly propel inter-Korean relations right after the parliamentary elections or delay any attempt until after the US presidential elections in November.