Is the European Commission Contradicting its Own Principles in the New Anti-Money Laundering List?
Home  /  News 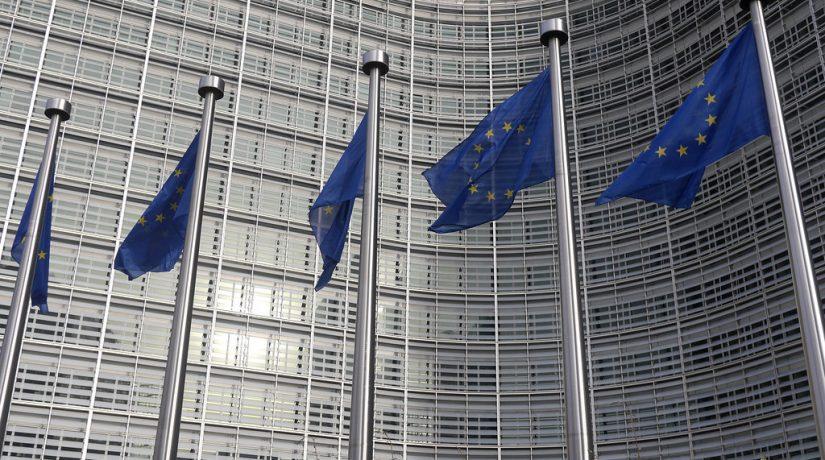 On 7 May 2020, the European Commission presented:

This delegated regulation has been transmitted to the European Parliament and European Council for a one-month scrutiny period until 7 June 2020 and no objections were raised by that date. It will be published in the EU Journal very soon and will then enter in force on 1 October 2020.

The intention for this Action Plan is to create a single EU rule book and supervision mechanism at EU level instead of Member States level, as EU banks were using the loopholes created by uneven implementation at Member States level. By itself this is a very good measure filling a pre-existing vacuum, as the core of the EU effort is aimed at better controlling the banks located in EU countries, because too many have been in breach of AML, Know Your Customer (KYC) and Customer Due Diligence (CDD) requirements.

Apart from the prudential focus, it is good to see that the yet to be clarified criteria and standards in the new Action Plan extends the EU’s ambition to be a normative power into the important matter of anti-money laundering and terrorist financing, while closely involving and cooperating with the Financial Action Task Force (FATF), the international standard-setter since 1989.

It is a good formal starting point that the EU adopts the list of lagging countries compiled by the FATF. But the release of a new list of high-risk third countries based on the former methodology and on the same day the revised new methodology listing clear exit criteria has created quite some confusion.

Why does this year’s new list include mainly small and developing states with much less lobbying capacity or political leverage vis-à-vis the European Union? Are there any hidden intentions and agendas in doing so for this year’s version, as last year, the list was turned down by the European Council?

And why would the European Commission release this list in the midst of the COVID-19 pandemic without applying the standard procedure of consultations or discussions with the new countries identified? Especially when those countries are devoting all available resources to fight the health, economic and social impacts of the pandemic? The listing is bound to deepen their troubles at a time when they are already experiencing severe contractions in GDP growth, a sharp decline in trade turnover and widening balance of payment deficit.

While the EU has been promoting European values such as democracy, rule of law and human rights, why has the European Commission not rigorously applied its own highly esteemed values and principles in its procedures towards third countries in this case? The EU should at least be consequent and align with its own principles, adhering to transparent procedures before pointing to other countries. This way, the EU risks to lose its credibility and may easily be accused of hypocrisy and applying double standards.

The Financial Action Task Force (FATF) makes a distinction between a “Grey” List of Jurisdictions under Increased Monitoring (those countries having made high-level commitments to implement recommendations) and a “Black” List of High-Risk Jurisdictions Subject to a Call for Action.

But the EU limits itself only to a one-size-fits-all single list of “high risk third countries”, which leads to the pooling of more stable and democratically oriented countries such as Mauritius and Mongolia in the same group with more authoritarian regimes such as North Korea or war-torn countries such as Syria and Yemen, implying that the entire set of countries poses the same level of AML and CFT threat to the EU financial system.

It is unclear why in this new list the EU has suddenly included some countries that have made a high level political commitment to improve their AML/CFT frameworks and have shown tangible progress according to the FATF. This new list begs a number of questions and observations for the EU.

Unlike the FATF, which provides detailed country-specific information through the Mutual Evaluation Reports (MERs) and subsequent follow-up reports, why did the EU not publish any detailed reasons for the inclusion of each jurisdiction? Rather, the EU, which claims that its criteria for the identification of high-risk third countries goes beyond those of the FAFT, simply limited itself to replicating the country-by-country reviews of the February 2020 FAFT plenary in its Delegated Regulation. This begs the question of what added-value the EU list brings, except for prudential reasons to have the EU-based financial institutions to implement heightened due diligence?

While the new EU methodology states that “engagement with third countries aims at encouraging them to effectively address concerns identified on a preliminary basis in order to avoid being listed by the EU”, many countries in the new list have openly protested that:

If last year, the Council rejected the Commission list because “countries had the right to be heard”, this argument should still very much apply this time around.

Would it not have been more appropriate to leave enough time between the publication of the EU’s new methodology and the release of a new high-risk third country list, in order to allow sufficient dialogue and consultations with the third countries identified?

Moreover, the EU claims that:

However, with the reputational damage done, the EU has now been obliged to embark on an exercise of damage control and face saving, while downplaying the risks faced by the countries as a result of their inclusion in the list.

At the same time, perceptions really do matter. A placement on the EU blacklist puts added uncertainty on the targeted countries’ economies, banking sectors and could lead to potential currency depreciations. International and above all European financial institutions, which are very constrained by strict compliance rules, may be forced to pull out of these countries, which in addition already face severe reduction in international investment, trade and financial flows.

Even if this Delegated Regulation does not take effect until 1 October 2020, the identification as a high-risk third-party country will exacerbate fragile economic positions, negatively affect investor confidence and potentially hamper Foreign Direct Investment. Would this not be contradictory to EU’s policies of supporting small-sized and transition economies in the post-pandemic recovery period?

The list is furthermore relevant perhaps not so much for who is included but especially for who is omitted. For this we need to go back in time to 2018, when the European Commission identified a list of 54 countries and jurisdictions deemed to be “high priority” for an EU assessment, among which close trade and/or strategic partners of the EU including Russia, Saudi Arabia, Singapore, China, Australia and the United States.

On the basis of this list, in 2019, the Commission named 23 countries and adopted the list in the form of a Delegated Regulation. The inclusion of Saudi Arabia and four US dependencies (American Samoa, Guam, Puerto Rico and the US Virgin Islands) triggered heavy lobbying from these countries on the EU Member States, and the European Council effectively vetoed this regulation on the basis that it had not been “established in a transparent and resilient process that actively incentivises affected countries to take decisive action while also respecting their right to be heard”. A decision which should have been made strictly within the boundaries of technical and methodological considerations was overshadowed by political factors, lobbying and diplomatic pressure.

The European Parliament already pointed to the shortcomings in the design of the 2019 list of high-risk third countries in its resolution of 19 September 2019 on the state of implementation of the Union’s anti-money laundering legislation (2019/2820(RSP) and this argumentation remains valid this time.

The EU, through its external action and development cooperation is supporting many of these countries to improve their democratic, good governance and rule of law standards. But at the same time, is the Commission not inconsistent and incoherent in the application of its own procedures by pushing through this list without any transparency, consultations and discussions with the countries identified?

While some countries, such as Mauritius and Mongolia, are making steady progress towards exiting FATF’s “grey” list, why did the EU release its list unilaterally without harmonising and aligning its action with the FATF, the global standard setter in AML and CFT matters?

In doing so, is the EU not putting its own financial integrity in question and at risk by turning a blind eye to countries and jurisdictions (including within the EU) posing a bigger threat to the integrity of the EU’s financial system, while alienating those countries in the list that have shown steady progress in addressing the deficiencies raised by FATF?

It should also be a strong wake-up call and incentive for the countries on the list – seriously involved with the FATF and the EU in making and implementing the needed efforts and measures – to tackle effectively all the deficiencies and shortcomings in their legislation and enforcement mechanisms related to AML/CFT.

As the list becomes only effective on 1 October 2020, these countries should have the possibility to engage in consultations with the EU to fulfil the exit criteria listed under the new methodology.