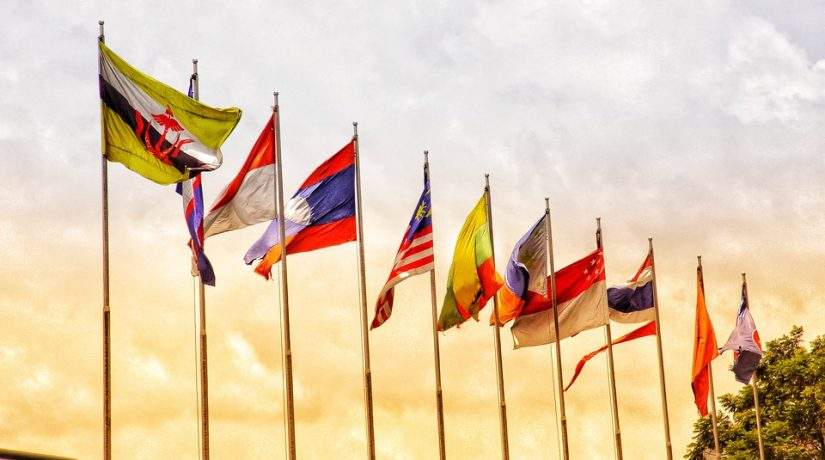 Whilst the COVID-19 pandemic has brought many societies and economies to a standstill across the world, it has also given governments an opportunity to assess their nations’ sustainability. The pandemic has shown how consequential one action can be on the rest of the world and how vulnerable our economies can be when faced with unprecedented circumstances. This year, Southeast Asia has been no stranger to this. The larger economies in the region have slumped in the second quarter of 2020 with the Asian Development Bank (ADB) reporting double-digit GDP contraction in Malaysia, Singapore, and Thailand. For many of the states, this has been the worst economic period since the 1997 Asian Financial Crisis, leading the likes of the Philippines and Indonesia to fall into their first recessions in over 20 years.

Almost 11 months into the pandemic, the grave extent of its effects has prompted a reimagining of a Southeast Asian economic strategy to propel growth in 2021. A ‘green recovery’ would encompass not solely sustainability of natural resources and climate resilience but also an inclusive effort from all sections of society. This is even more imperative for this region given that five of the fifteen countries most affected by climate change are members of the Association of Southeast Asian Nations (ASEAN): Myanmar (2nd), the Philippines (4th), Vietnam (6th), Thailand (8th), and Cambodia (12th). However, achieving a green recovery will prove to be a challenge given the differing interests in the region for each of the 10 ASEAN members and the variation in both energy demand as well as infrastructure. As a result, a green recovery will require a pronounced and coordinated effort from all states, even more so given that the ASEAN nations are all falling behind in achieving the UN’s 17 Sustainable Development Goals by 2030; facing notable slow progress in ‘Clean Water and Sanitation’, ‘Sustainable Cities and Communities’ as well as ‘Climate Action’.

The Progress So Far

Before the pandemic, the United Nations’ International Labour Organization (ILO) projected that 14.2 million green jobs could be created in Asia as a whole by 2030, if the region moved towards measures to slow global warming, such as boosting the use of renewable energy or electric vehicles. If investment and policy developments are realised, then Southeast Asia can become an innovative hub of green employment. The 10 countries of the ASEAN bloc have already shown their political willingness in doing so and collectively committed to meeting 23% of their primary energy needs from renewable sources by 2025. However, achieving this will require a collective annual investment of USD 27 billion from ASEAN members.

As one of the wealthier nations with a flourishing green finance hub, Singapore is starting to unveil initiatives that will positively boost green economies across Southeast Asia. In response to its economic recession and decline in trade, a ‘Green Collar Portal’ initiative has been set up to post jobs in sectors ranging from renewable energy to climate change and sustainable farming. The portal currently has listings in Singapore, Malaysia, and Thailand, with plans to gradually invest in job opportunities in other parts of the region. Considering Singapore’s economic strengths, capacity to build green infrastructure as well as its close links to the region, the Singapore government is in a well-placed position to take up a principal role in attracting more green and sustainable private financing into ASEAN nations.Given its wealth of experience in the sector, Singapore could take the lead in ASEAN to set up a platform featuring local power and transport projects available for investments whilst also conducting transparent Environmental and Social Impact Assessments to monitor the conflicting effects on each state. Encouraging measures have also been seen in its close neighbour Malaysia, as Prime Minister Muhyiddin Yassin has emphasised sustainable initiatives in the government’s recent 2021 budget announcement. This has included an allocated RM 2 billion in its successful Green Technology Financial Scheme, which would encourage the private sector, mainly the manufacturing and services industry, to participate in green technology development and application. They have also invested RM 2.7 billion for rural infrastructure projects, as well as RM 20 million towards a sustainable palm oil certification programme; an industry that has long received international criticism.

For a region that relies so heavily on international tourism as a part of its GDP, hotspots such as Bali and Phuket have been left deserted and devoid of their usual influx of masses. Travel restrictions and border closures have disrupted international tourism, transportation, and trade. According to data from the Bali Tourism Agency, 3000 workers in the sector have been dismissed from their job with further dismissals expected this year, whilst the provincial government has lost USD 679 million in revenue from monthly tourism. The likes of Cambodia and Indonesia have taken it upon themselves to develop a growing ecotourism sector that is targeted at domestic tourists. The Indonesian town of Nglanggeran has built an ecotourism business around the reforestation of an ancient volcanic area; whilst the community of Tmatboey, has fought environmental destruction to become Cambodia’s leading spot for birdwatching. According to NethPheaktra, Secretary of State and Spokesperson for the country’s Ministry of Environment, Cambodia has also earned USD 25 million from ecotourism services during the first nine months of 2020. An increase from both 2018 and 2019, much of this income has come from over 500,000 national tourists to the ecotourism areas located in 22 communities in 12 protected areas across Cambodia.

The Importance of Regional Cooperation

Given the spectrum of dominant political views in the region as well as the lack of green political parties in national governments, there are varying levels of priority given towards sustainable measures. The lack of coordination amongst government agencies and the private sector in ASEAN is hindering the implementation of renewable energy priorities and policies. For Southeast Asia to establish a combined effort towards a green recovery, there must be a consensus over what sustainable infrastructure projects should look like: ASEAN member states need to agree on common definitions for what are considered “green” or “sustainable” activities and investment strategies. This must be all done whilst taking into consideration the variation in wealth, industry, and levels of urbanisation across the region. Nations such as Cambodia, Laos, and Myanmar are all more vulnerable to the effects of climate change whilst simultaneously lacking in nationwide basic infrastructure provisions. Currently, only about 40 to 50% of the population have access to electricity in Myanmar. While in rural areas, this figure is as low as 20%. National interests across the region differ and these factors do pose the question of whether such emerging nations can afford the privilege of developing green infrastructure in this economically volatile environment.

ASEAN as a network can facilitate a cooperative effort and investment to empower less developed nations. It has already shown its desire to move forward with a green economy through the ASEAN Green Bonds Standards; an initiative through the Asian Capital Market’s Forum (ACMF) that facilitates ASEAN capital markets in accessing green finance solutions to support sustainable regional growth and galvanise investor interest for green projects. This is of particular interest given the need for greater private sector involvement in green infrastructure. Currently, government financing contributes to 90 percent of infrastructure expenditure in Asia, compared to a worldwide average of 40 percent.

The EU’s Role in Climate Diplomacy

Given the position the EU holds as ASEAN’S second largest trading partner as well being the largest provider of Foreign Direct Investment to the ASEAN region, the EU must utilise its position to build on and further develop the range and impact of EU-ASEAN programmes it holds. A key example is the ASEAN Catalytic Green Finance Facility (ACGF), to which the EU contributes 50% of the EUR 1.2 billion mobilised by the facility. Under the ASEAN Infrastructure Fund, the ACGF will provide loans and technical assistance to green infrastructure projects on sustainable transport, clean energy, and resilient water systems. It aims to catalyse private capital by mitigating risks through innovative finance structures. Establishing a reliable clean energy source in the region is also essential given the projected rates of rapid urbanisation and consequently rising rates of energy demand.

In the past, the EU has shown that green diplomacy can have a positive effect on the actions of Southeast Asian states. Concerning Illegal, Unreported and Unregulated (IUU) fishing, Vietnam, Philippines, and Thailand have all made substantial developments to improve their legal framework and implement a more sustainable fishing infrastructure following receiving ‘yellow cards’ from the EU. Since then, the ASEAN Network on Combating IUU Fishing has also been established. Tools such as the Enhanced Regional EU-ASEAN Dialogue Instrument can be utilised to improve the level of ASEAN-EU cooperation and discussion on ecological issues, and we have already seen this during the 2nd ASEAN meeting on combating illegal, unreported and unregulated (IUU) fishing, held in partnership with the EU.

The EU has the leverage to engage with ASEAN on a progressive green recovery. The EU can use its developments of Free Trade Agreements (FTAs) with ASEAN nations as a mechanism for green growth and sustainable development, as it has already done with Singapore and Vietnam. The EU are currently holding ongoing FTA negotiations with Indonesia and the Philippines and have confirmed its eagerness to resume FTA talks with Thailand. To introduce green measures as a part of the agreements would go hand in hand with the European Green Deal and the ASEAN-EU Plan of Action (2018-2022), but the idea of a green recovery needs to be accepted widely across the region before it can be implemented. For Southeast Asia, sustainable development must rise to the top of the policy agenda across all states. Through more equal contributions from both government and private investments in clean energy and resource-efficient infrastructure, this can cater to the demands and needs of future generations coming out of this pandemic.