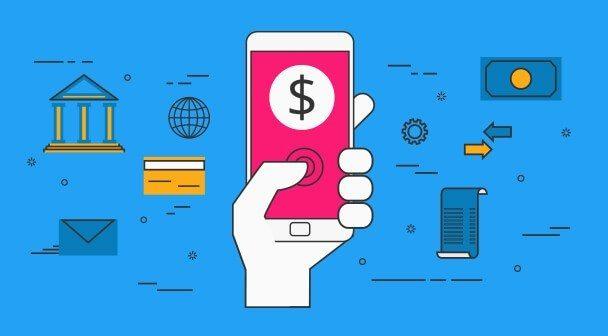 EIAS has a strong focus with its partner organisations on developing FinTech solutions specifically for landlocked countries in Asia. A very interesting project of EIAS is the potential of FinTech solutions for improving the cost structure of Remittances for landlocked countries in Asia and especially in Central Asia and the region covered by the Central Asian Regional Economic Cooperation (CAREC).

The FinTech revolution has triggered a “Financial Renaissance” that is helping the world’s poorest gain access to basic financial services. Financial services are necessary to promoting financial inclusion, improving people’s lives, and helping countries reach their full economic potential. Services range from savings accounts, to receiving loans, and accessing insurance. It also includes remittances, money sent from foreign workers to their families, which has increasingly become a topic of importance with remittances reaching all-time highs. Remittances have even surpassed Foreign Direct Investment as the largest source of external funding for developing countries for the first time. Policy Makers and companies are working on strengthening the current system and reducing costs to better the welfare of consumers.

Landlocked countries are more likely to be poorer and have less access to global financial markets. Remittances are then even more essential for these countries and their citizens, making them some of the largest beneficiaries of reduced costs. FinTech solutions are a very effective way to address issues facing the remittance industry. It has been shown to reduce fees and provide easier access to funds than having to physically travel to a store whilst also easily scaling across a range of countries.

The SDGs have set a goal of reducing remittance cost from over 7 per cent to just 3. The high cost of remittances is a significant burden on families as the average 7 per cent fee on 200-dollar transfer charges 14 dollars. Total transfer cost in 2017 accounted to 30 billion dollars. A reduction in fees would lead to billions of additional dollars accessible for the world’s poorest families. FinTech has to solve two critical problems to lower fees: one is the high-fixed cost associated with physical locations like Western Union, and the other is Anti-Money Laundering (AML) regulations.

It would be advantageous to work with these traditional leaders who are innovating to rein in their costs, as well as partner with startups to roll out uniquely tailored services. Stimulating knowledge-sharing endeavours and having innovative firms enter the national and regional market would create competition, provide easier access to money, and reduce cost. Some countries have already developed such partnerships, which can be used as an archetype for future ones.

One example is Mongolia’s recent partnership with Seoul-based Terra to offer low-cost remittances and introduce a stable cryptocurrency to simplify certain government transactions. Terra is a stable cryptocurrency- meant to protect against speculation e.g. Bitcoin- that is meant to appeal to mass adoption. The partnership allows for Mongolia to bring in outside expertise that is personalised to its specific policy challenges. In the case of remittances, companies can make a product that is easier for locals to use, work with regulators on simplifying AML regulations, and ultimately reduce fees. It also helps the government since it is able to learn from a company’s expertise and consumers are most likely given access to better services faster than if they relied solely on the private market.

Several Central Asia countries are sending important numbers of workers to numerous different but mainly neighbouring countries. Uzbekistan, Tajikistan, and Kyrgyzstan are highly dependent on Russia as a source for employment and remittance payment. Tajikistan and Kyrgyzstan in particular receive remittances equal to over a third of their GDP, which places them top five globally for small countries. Kazakhstan on the other hand, is becoming a destination for workers as Russia’s economy slows. Other countries in the CAREC region including Pakistan, Mongolia, and Afghanistan are also reliant on remittances to help families most in need.

The EU recently released a new Central Asia strategy that showed a renewed focus on the region, especially in digital connectivity. Given deepening economic ties, it would be incredibly valuable if the EU assisted Central Asia with its FinTech expertise. European businesses are also more likely to better protect sensitive consumer data than Chinese or Asian competitors, a sensitive issue in national security. Both regions would gain tremendously from cooperation with the ultimate beneficiaries being the people of Central Asia.

FinTech is a unique opportunity to address a critical issue of economic growth and equality in the developing world. Remittances have only grown in importance for both families and countries since the recent global recession and the trend is expected to continue. Reducing cost and upgrading the infrastructure to allow for easier access to funds are critical objectives to improve consumer welfare. Landlocked countries in Asia would especially benefit from an improvement on the status quo. Bringing in innovative corporate partners would help countries address their unique policy changes and set a foundation for a better future.