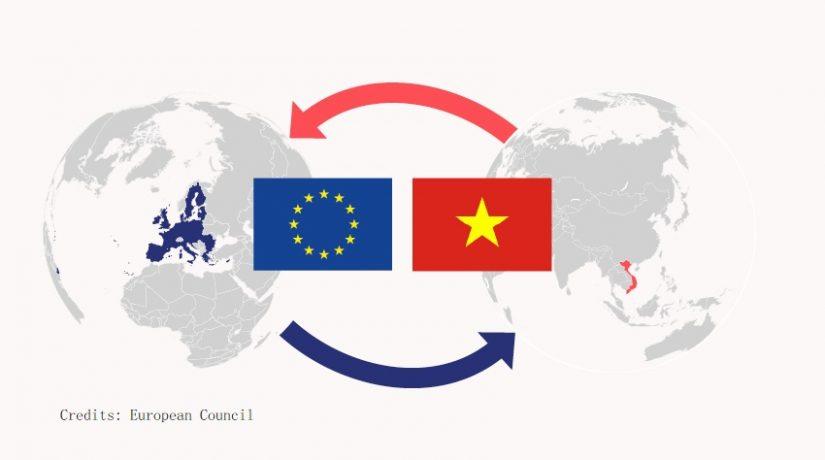 On 12 February 2020, the European Parliament approved the EU-Vietnam Free Trade Agreement (EVFTA) and Investment Protection Agreement (EVIPA). The former, approved with 401 votes in favour, 192 against and 40 abstentions, ensures predictable preferential access to their respective markets. The latter, with 407 votes in favour, 188 contrary and 53 abstained, guarantees that foreign investors will be treated fairly and equitably and will replace the 21 bilateral investment treaties (BITs) in force between Vietnam and the EU Member States.

The approval of the EU-Vietnam FTA and IPA – the first in their kind to be approved by the newly elected European Parliament after the reconfiguration following Brexit – shows the EU’s steady commitment to become a greater geopolitical actor, enhance its relations with its partners and raise standards worldwide, in trade and beyond. This approval marked the successful end of a long and complicated negotiation process, which started eight years ago in 2012. These two agreements, the most comprehensive so far in place between the EU and a developing country, set a new benchmark for the EU’s engagement with emerging economies. Unleashing great opportunities for EU investors and importers, the EU-Vietnam FTA and IPA make the EU-Vietnam partnership a fundamental building block in upgrading EU-ASEAN interregional trade relations and the overall EU presence in the Asian market.

The EVFTA will improve respective market access through substantial tariff elimination. Since day one of this agreement, 65% of EU exports to Vietnam and 71% of EU imports from the country will enjoy duty-free status, whereas the remaining goods – exception made for a few products – will be liberalised over a transitional period of maximum ten and seven years for EU and Vietnamese good respectively. With this FTA, Vietnam becomes the first trading partner to officially accept the marking of origin of ‘Made in EU’ for non-agricultural goods, a development that shows the progressive integration of the European internal market and its international recognition. Among the EU sectors at the forefront of this agreement, we found the automotive sector, the pharmaceutical sector and the alcoholic beverages sector. EU export companies active in these three sectors in particular will greatly benefit from this FTA, not just through tariffs elimination but also with overall improved regulatory cooperation between the two parties.

The EU-Vietnam FTA and IPA include jointly agreed strategies, legal and enforcement instruments essential to ensure that market liberalisation, as well as technology and innovation transfer, are fair and transparent. Among these, the Technical Barriers to Trade Agreement (TBTA) included in the FTA ensures that technical regulations, standards, and conformity assessment procedures are non-discriminatory, set according to international standards and do not create unnecessary obstacles to trade. As for the EVIPA, similarly to those signed with advanced economies such as Canada and Japan, this agreement sets specific investment protection standards aimed at guaranteeing fair and equitable treatment, as well as physical security to investors. European and Vietnamese investors will also benefit from a modern and permanent investment dispute settlement mechanism, which ensures enforceability and transparency of the dispute settlement process. A dispute settlement mechanism has also been included in the FTA.

Another important regulatory development of the EVFTA is found in the considerable advancements in the realm of Intellectual Property Rights (IPR). Not only Vietnam committed itself to accede both to the World Intellectual Property Organisation (WIPO) Internet Treaties and the The Hague Agreement Concerning the International Registration of Industrial Designs, but the FTA also outlines strong provisions aimed at improving the legal framework to effectively enforce the obligations stemming from these commitments. An agreement on Geographical Indications (GI) was also signed, which will ensure the protection of 169 European and 31 Vietnamese GIs, preventing misuse and counterfeiting and further promoting flow of quality products between the two parties.

The EVFTA promotes and protects the EU standards and values, reaffirming the EU focus on sustainability and civil society rights worldwide. Particularly significant in this respect is a binding and comprehensive chapter on Trade and Sustainable Development found in the FTA – which specifically focuses on the labour and environmental dimension connected to increased EU-Vietnam trade and investment relations. This chapter includes labour and environmental obligations for both parties, with specific commitments to effectively implement and further commit to international labour standards and multilateral environmental agreements. It also focuses on further promoting the engagement of independent civil society groups in labour and environmental matters, as well as on enhancing bilateral exchanges between the European and Vietnamese civil society on the environmental and social sustainability of EU-Vietnam trade and investment relations. The chapter on Trade and Sustainable Development is especially relevant as it addresses some of the main issues raised with regards to the signing of this FTA, particularly by the Socialists and Democrats (S&D). The latter have been advocating for substantial progress in the realm of human rights, labour rights and production standards in Vietnam before reaching any trade deal with the country. Thanks to concrete progresses, such as the adoption of Vietnam’s reformed Labour Code in late 2019, and to the binding roadmap on labour rights improvement included in this chapter of the EVFTA, these concerns have been thoroughly addressed.

To conclude, the approval of the EU-Vietnam FTA and IPA further reinforces the credibility and coherence of the EU as a growing geopolitical player. The EU’s ability to negotiate and conclude trade agreements goes hand in hand with its commitment to uphold and promote high standards in trade – and to stimulate positive developments and overall enhancements in the institutional, regulatory and enforcement mechanisms in its partner countries. These agreements have set high standards not just in Vietnam’s trade-related regulatory environment, but also in so-far controversial matters such as labour and human rights, environmental protection and illegal fishing. From now on, a great deal of effort from the European Commission is needed in order to ensure that effective implementation of these standards will follow the approval of these ambitious deals.