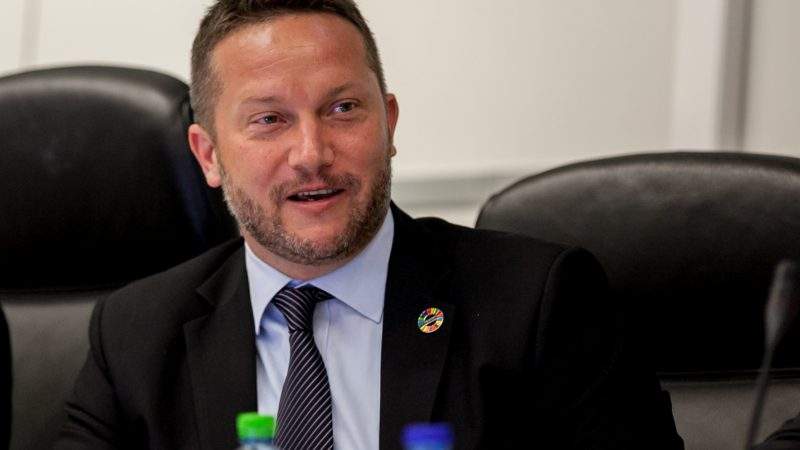 EU-China relations have reached a phase of ‘co-opetition’, in which the EU has identified China at the same time as a cooperation and negotiating partner, economic competitor, and systemic rival. The most recent EU-China Summit on 22 June, which took place through video conference, clearly exemplified a more tense relationship, without a joint statement being released.

Without being naive, the EU may not be in a position to linger for too long, given China’s particular economic and geo-political importance. It is key for the EU to make its 27 Member States speak on China with one voice, especially during these challenging post-COVID-19 times. In a dialogue with Istvan Ujhelyi MEP, Vice-Chair of the European Parliament’s Committee on Transport and Tourism, we discuss the future of EU-China Relations.

The outbreak of the Covid-19 pandemic has had a major influence on our daily life and will surely affect the international community and EU-China relations on the short, middle and long term. This moment is of utmost importance to determine the future direction of EU-China relations. It is far from a great secret that there is no single EU stance, or even a clear and obvious position within the main institutions of the European Union on what its redefined position should be based, or whether repositioning is necessary at all. No single country around the globe is able to manage the new types of challenges we are facing, such as global warming or outbreaks of new pandemics like COVID-19, in which a world order based on cooperation instead of division is to be pursued.

There is a great division in the European Parliament on China and EU-China relations between and within the political groups. However, Europe and China need each other as stable partners in this increasingly unstable global political arena. While both partners’ relations with the US are becoming more tense, China still emerges as a natural partner. The EU and China share the interest to maintain a well-balanced relationship based on cooperation, trust and reciprocity. However, simultaneously there is a growing political need in given EU Member States and political groups to determine how the EU can find a sensitive balance between protecting its strategic economic interests while deepening its cooperation with global partners, especially in harder policy fields such as trade and technology. There is a major debate ongoing within the European Parliament on the question of 5G, artificial intelligence, human rights, and minorities.

Nevertheless, there are numerous areas which could serve as a basis for enhanced inter alia cooperation, such as the fight against global warming and increased action against global terrorism. For instance, the EU’s green ambitions and fight against climate change, manifested in the Green Deal, are engaging the EU and China as neutral partners in a well-established bilateral partnership, also at the multilateral level.

Yet, as the old saying goes, every coin has two sides, as exemplified by the most recent (online) EU-China Summit. The fact that there was no joint statement was neither the best possible outcome, nor political message. However, as President von der Leyen clearly stated afterwards, the summit was only the starting point of a further process requiring greater reciprocity and trust. As this was the von der Leyen-Michel-Borrell trio’s first EU-China Summit, amidst a global health and economic crisis, in an extremely turbulent global political environment, it is fair to say that a great number of areas have been addressed properly. In particular international trade, climate change, international peace and security, in addition to COVID-19 responses.

The relationship with China is multifaceted and greatly depends on the policy area. The same ally can be a “cooperation partner” in addressing climate change, while also being in parallel, a “systemic rival” when it comes to political systems. However, enhanced cooperation is the only way to properly address global challenges. A significant milestone in trade policy could be reached by the end of 2020, if an adequate level of political will is provided by both sides to conclude the negotiations of the EU and China Comprehensive Agreement on Investment (CAI).

Can the EU speak on China with one voice?

This being a well-known criticism, the treaties provide the EU with limited competences and room for manoeuvre in the field of foreign policy, besides the challenges provided by the currently applied decision-making process in the Council. This is especially the case when the interests of one given Member State clash with the EU’s position represented by the rest of the Member States, leaving the EU to act too little or too late in the field of foreign affairs. The EU’s (in)capability to speak with one voice is not a China specific issue, but there is an urgent and pressing need for a stronger and more united EU voice. However, it is up to the Member States to realise this and act upon it. China’s relation with any of the EU Member States must be based on transparency and trust across governments and political forces in order to be mutually beneficial in the long term.

Global challenges such as terrorism, global warming or the current Covid-19 crisis know no border, culture, religion, race, or ethnicity. Due to the nature of these threats, solutions are to be based on cooperation, multilateralism and solidarity. Understanding each other’s culture and history remains the key to building long-term relationships and developing healthy and balanced societies. People-to-people cooperation should therefore be further strengthened, as partnership in the fields of science, culture, education and tourism (a sector majorly hit by the pandemic) could lead to enhanced mutual understanding, with spill-over effects in more sensitive hard policy issues such as trade or economics. Bridges should also be built on a personal level, both through bottom-up and top-down approaches in order to advance common objectives. Another key sector of cooperation is connectivity. In 2015 the Joint EU-China Connectivity Platform was established to further strong and mutually beneficial relations in the area of transport, and to enhance synergies between for example the EU’s Trans-European Transportation Network and China’s Belt and Road Initiative, while serving as a tool for enhanced transparency, reciprocity and an ensured level playing field in the transport industry, focusing on low-emission transport technologies and solutions, especially in boosting transportation over land.

Every global superpower is eager to increase its regional and global influence by combining different tools and assets. China’s attempts to gain greater influence manifests itself in many forms, including cultural diplomacy, strategic investments and infrastructure development projects (through the Belt and Road Initiative), and stepping up their efforts in establishing English-language media outlets. China and the EU need a balanced relation, based on trust, friendship, and reciprocity, especially in these current turbulent times. EU Member States are growing increasingly wary of Chinese economic influence, while Brussels also needs to protect its own strategic companies, sectors and European manufacturers. China should, however, refrain from trying to play Member States against each other, as despite the challenging times ahead, China and the EU remain natural partners above systemic rivals.

By Lin Goethals, Programme Director at the European Institute for Asian Studies (EIAS) in Brussels, in collaboration with the Center for European Studies at the Shanghai Institute of Social Sciences.

This article was published by Euractiv and The Brussels Times

EU-China relations at the crossroads