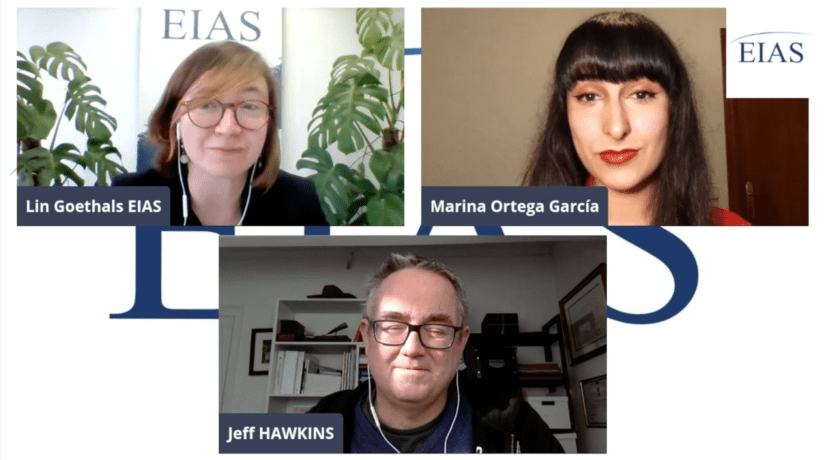 
Listen to the Talk here:

This EIAS Talk with Jeffrey Hawkins, former US Diplomat, discusses what we can expect from the new US Presidency’s foreign policy, developments in Central Asia, Afghanistan and US-EU cooperation in Asia and global politics.

As a former US Diplomat, Mr Jeffrey Hawkins held a number of positions in Asia, Europe and Africa. In 1996, he served as Deputy Consular Section Chief in Chennai, India and in 1999 as Political Officer in Islamabad, Pakistan. In 2002 he was recalled to Washington to serve as the Desk Officer for Kazakhstan and Turkmenistan at the State Department, and acted as the Deputy Director for the Office of Central Asian Affairs. In 2003 he was sent to Afghanistan where he took up the position of political and economic counsellor in the US Embassy in Kabul, where he helped writing the new Afghan Constitution. Consequently he was posted in Brunei, Lille (France), and Luanda (Angola). In 2012 he became the Director of the Office of Near East and South and Central Asia in the Bureau of Democracy, Human Rights and Labour. He then continued as the Consul General in Lagos, Nigeria and Ambassador to the Central African Republic, retiring from the US Foreign Service in 2017.

Highlights of the Talk