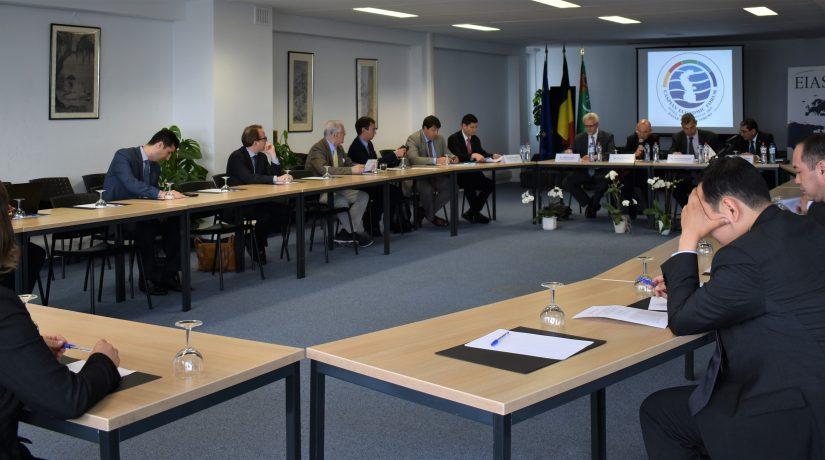 The roundtable discussed new opportunities for development in the Caspian and Central Asian region. The potential of Turkmenistan is unquestionable, and the roundtable contended precisely how it could harness its projected capabilities. It also discussed the unique position of the Central Asian region, how the region can enhance its links with the European Union (EU) and the problems that lie ahead, in detail. Members of the panel and audience continuously expressed acknowledgement and desire throughout the discussion for Turkmenistan to continue to open up its economy in order to attract investment, caveating its importance in facilitating the achievement of national interests. Central Asian representatives in the audience and panel reiterated their respective countries’ acceptance of all partners for mutual beneficial cooperation.

Members present in the roundtable discussion came to consensus on the importance of the event as a first step in the preparation for the upcoming first Caspian Economic Forum and towards future investment in the Central Asian region. Uzbekistan was referenced throughout the forum during discussions of reforms in Central Asia as a leading example of successful reforms. However, despite such reforms, creating better access to the Caspian Sea remains an important priority for Uzbekistan and stifles their efforts to use existing reforms as a springboard for greater development. The event also addressed the structural problems Central Asian countries face while entering global markets. International trade cannot be competitive whilst these states face problems, for example, the lack of connectivity between Central Asian states and Europe. Audience members highlighted that transport corridors were an important indicator facilitating economic development.

Other areas that were explored in lesser detail due to time constraints include sanctions to Iran and how far they are affecting Central Asian countries. Water diplomacy and the lack of attention this is receiving as a key hot point in the Central Asian region. Energy efficiency and renewable energy as an important area of collaboration and engagement between Central Asian partners. Whether there was an appetite for economic governance structures to be implemented so that foreign investment is protected in the Central Asian region? There was also a conversation on the importance of the Caspian Convention in engagement with European partners.

The geopolitical environment was conferred in great depth from an EU perspective – audience members evoked criticism of EU foreign policy and how skewed it is to the United States. Alternatives to this reality were discussed and there was general consensus that the EU should bolster its relations East and improve its relations with China, Russia and Central Asian countries.