China’s Carbon Pledge for 2060: A Matter of Credibility
Home  /  News 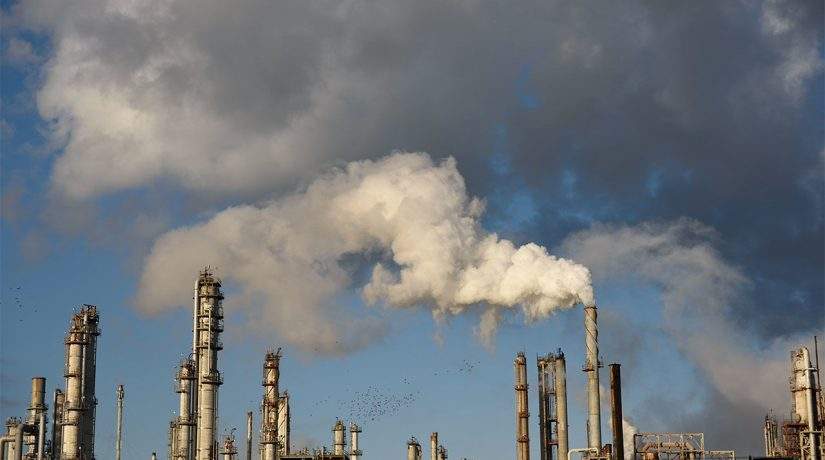 On 22 September 2020, President Xi Jinping laid out the most ambitious environmental goal for China so far. Addressing the United Nations Assembly, he stated that the country will boost its Nationally Determined Contributions by achieving carbon neutrality before 2060. Such a pledge echoes the “ecological civilization” framework, introduced under President Xi Jinping in 2012, with the aim to create a more harmonious relationship between economic development and the environment.

The grand goal is backed by a new plan issued by Tsinghua University’s Institute of Energy, Environment and Economy, in collaboration with the Chinese Ministry of Ecology and Environment. The Road Map calls for the elimination of coal-fired electricity by 2050 and the boost of wind, solar and nuclear power to cover the increasing demand for electricity. In short, the PRC would have to increase its quota of green energy to 20% by 2025 to make the goal more realistic.

For China, being the world’s first producer of CO2, Climate Action Tracker (CAT) estimates that the new commitment could result in the biggest reduction in projected global warming made to date, resulting in a reduction of the temperature rise in China by 0.3°C.

The announcement comes at a difficult time for EU-China relations and could mark a new starting point for the two powers’ environmental cooperation. The Covid-19 pandemic, in fact, has stricken hard in 2020, designated as the year of climate change action. Both the COP26 and the EU-China summit in Leipzig, during which both sides would have explored extended cooperation in low-carbon energy technologies and a joint investment agreement, have been postponed until further notice.

China’s pledge follows in the EU’s footsteps, and specifically its commitment to the 2050 carbon-neutral target announced in 2019 and the European Commission’s “Green Deal”, which proposes a revision of the bloc’s economy and the enhancement of the 2030 climate target. Still, in response to President Xi’s commitment, the EU seemed not to be very impressed. On Twitter, Ursula Von der Leyen welcomed China’s ambitions to achieve carbon neutrality by 2060, underlining how “a lot of work remains to be done’.

It would not be, indeed, the first time China’s good intentions are not being matched by concrete actions. In 2017, China’s Central Government announced the plan for a national emission trading system, which would have allowed policymakers to assess target levels and allocate carbon credits through a massive data collection scheme. This would enable the most polluting corporates to buy credits from less emitting ones. Nevertheless, the carbon trading scheme has not yet materialized and the economic slowdown is posing new challenges to its take-off.

In addition, the efforts put in place in the last years to tackle the country’s coal-fired energy overcapacity has proved to be rather weak when confronted with political and economic priorities. The “traffic light” policy, that should have avoided excessive investments in power produced by coal plants, has been lifted recently. In 2019, 21 red provincial power networks (out of 31), obtained a green light. In 2020, the relaxation of the policy has resulted in dozens of new projects, accounting for 94 gigawatts worth of new coal plants for the electricity market.  Moreover, the new plants are presumed to keep producing energy for the next 30 years, the time needed for the investments to pay off.

Another question which springs is whether this new commitment also applies to China’s Belt and Road investments. The impact of China’s climate policy goes well beyond its own borders, especially considering the tight link with the BRI’s member states. Two different paths can be envisioned in this regard: China can either lead by example, enhancing climate benefits in the area or, on the contrary, it can undermine domestic efforts by allowing for looser targets and accordingly, an outsourcing of pollution.

Between 2000 and 2019, the China Development Bank and Export-Import Bank of China invested USD 183 billion in the energy sector through BRIprojects, financing mostly oil, coal and hydropower initiatives. Only USD 4.8 billion were devolved to renewable energy projects. In 2017, President Xi announced the creation of the Belt and Road Initiative International Green Development Coalition (BRIGC) to foster international cooperation and to work on a green development for the BRI. Since then, Chinese banks have actively started issuing green bonds for BRI projects, especially by releasing credit in overseas branches, making the PRC the world second issuer of green bonds after the US, with USD30 billion worth of green credits in 2018. Nevertheless, to date, the PRC’s investments account for roughly a quarter of the coal plants under construction through the BRI. For instance, the China Power Hub Generating Company (CPHGC) has developed a USD 2 billion coal-fired thermal plant in Balochistan, Pakistan, as part of the China-Pakistan Economic Corridor (CPEC) framework. In 2019, the plant has started receiving the first commissions.

In order to make the BRI more environmentally sustainable, Beijing must call for the respect of its home emissions standards, asking Chinese companies funding projects abroad to provide environmental impact assessments. However, the introduction of new green policies is meeting firm opposition from powerful stakeholders. Chinese state-owned coal, gas and oil companies (i.e. the China Electricity Council and State Grid) are benefiting from high-carbon projects and the lack of strict unified standards for green finance along the BRI makes the occurrence of greenwashing episodes easier.

Given the current state of affairs, achieving carbon neutrality before 2060 will require a drastic decrease in the use of fossil fuels not only in the energy sector but across the entire economy, in particular for transport, manufacturing and agriculture sectors. The implementation of a new economic model targeting consumption and quality instead of investments and quantity is necessary to make the Chinese pledge a reality. In this sense, China’s “New Normal” policy is surely playing a fundamental role, focusing on the achievement of higher efficiency through structural reforms and the development of low-energy properties’ sectors. Still, a lot of work remains to be done.

As for now, we will need to wait until 2021 for the release of the 14th Five Year Plan and COP26 to see if Xi’s sensational pledge will be matched with concrete political actions. The EU, the world climate policy leader will have to strengthen its Nationally Determined Contribution (NDC) to be compatible with the Paris common goal: a maximum temperature increase of 1.5°C.