A More Substantive Russia-China Relationship: The Role of the Oligarchs
Home  /  News 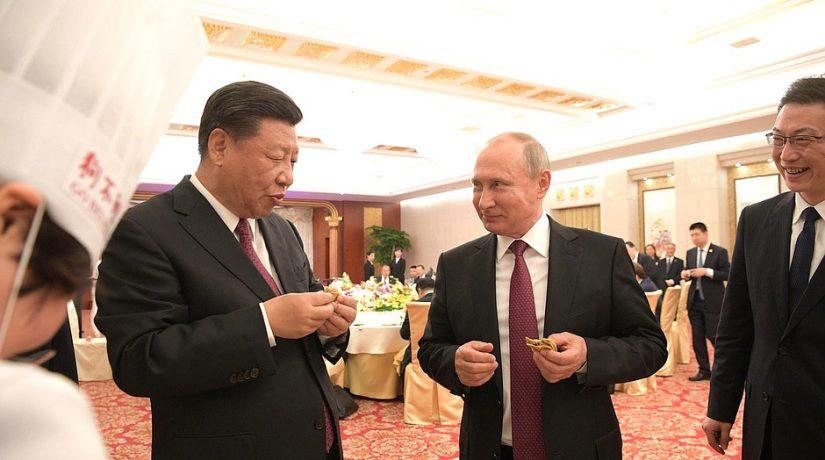 On April 28, Chinese President Xi Jinping and Russian President Vladimir Putin jointly attended a ceremony in the Beijing Friendship Hotel, at which Putin received an honorary doctorate from Tsinghua University. The atmosphere between the two leaders was great as always. The two leaders praised each other highly and reasserted their confidence in an improving Russo-China relationship. Based on their rhetoric, the bilateral relations seem to be on the right track for a bright future.

There is no doubt that Russo-China relations can be further developed when they are spearheaded by the personal friendship between Putin and Xi. However, there is still a long way to go for both countries to make the relationship more substantive. Doug Bandow, a senior fellow at the Cato Institute, stated that the current relationship, despite all the cheeriness, remains superficial. The two countries could have deepened their cooperation on many issues and achieved more mutual benefits, but so far, they have not done so.

The key issue is economy-related. As many experts have discussed, one primary reason why Russia decided to pivot to the East is to seek for Chinese capital. Russia needs new sources of investment to offset the negative effects of the sanctions imposed by the US and the EU. On paper, China appears to be a good partner. However, two problems might bother Russia when looking for China’s help. One is the psychological issue of losing its status as the “big brother” in bilateral relations. The other is that investment from China has not increased as much as it expected.

Contrary to during the Cold War, Beijing currently has the upper hand in the relationship, and Moscow is unlikely to take this especially well. Even though China has been handling Russia’s “ego” quite well through presenting the relationship as an equal partnership and repeatedly praising Putin’s achievements, the power asymmetry will not disappear as a result of flattery. Rather, it will continue to exist and be a hidden danger within the bilateral relationship. Worse is that given recent development trends in both countries, the gap is only going to widen.

An ideal way to resolve this issue is to encourage Chinese companies to be more actively involved in Russia’s economy. This will inject more impetus to the latter’s development and subsequently prevent the economic gap from widening too much and too quickly. This is indeed something that Xi has been pushing. His attendance at the 4th Eastern Economic Forum (EEF) arguably motivated Chinese companies to sign more agreements with Russia than all other international companies combined.

Unfortunately, what happened at the EEF is only a small part of the story, and doesn’t reveal the reluctance of Chinese businesspeople to invest in Russia without clear political motivations. This lack of enthusiasm is largely caused by the complexity of Russian bureaucracy. Before Chinese businessmen enter the market, they are usually confused by Russian red tape and fail to fully comprehend the rules by themselves. Even if they manage to overcome this barrier and enter the market, there is almost no guarantee for the return on their investments. This is the case due to the constant amendments being made to investor contracts by the Russian authorities, often leading to investors being ripped off. Faced with these problems, Chinese businessmen claimed that investing in Russia is riskier than Congo.

That being said, at the highest political level, both sides seem to be willing to deepen their cooperation; however, the attitude from the Chinese business community tells us a different story. The interactions between the two countries are rather limited as not many social actors are willing to participate in the process.

In order to overcome this limitation, state leaders from both sides can consider helping pair up their respective business oligarchs. For Chinese oligarchs, having a trustworthy Russian partner can help them penetrate the local market more easily and reduce the risk of their investments. This is especially true given that Russian oligarchs have a huge influence on their domestic market in terms of rules-making. For Russian oligarchs, if they manage to attract large investments from China, they are going to gain economic benefits as well as some potential political rewards from Moscow. This is arguably what Rosneft, a Russian state oil company, experienced in 2013 after it concluded a deal with China. More importantly, if the establishment of partnerships between oligarchs from both sides works, it may have a top-down spillover effect. That is, medium and small businessmen might be encouraged and become more actively involved in the cross-border economic activities.

To conclude, a substantive bilateral relationship should not be primarily based on a friendship between two leaders. Alternatively, it needs to involve actors from different communities (political, business, etc.) and different levels within those communities. In the case of economic relations, both states ought to enhance connections between their respective business communities so that more tangible benefits can be generated. After all, combining interests is more effective than exchanging fancy words when it comes to building and maintaining a meaningful relationship.

Articles published by the European Institute for Asian Studies represent the views of the author(s) and not necessarily those of EIAS or affiliated institutions.