Valère Vangeel
Home  /  Who we are? 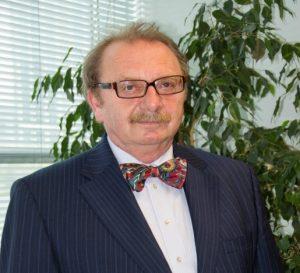 Valère VANGEEL, born on 6 March 1953, is a honorary General Counsellor of the general directorate «Economic Analysis and International Economic » at the FPS Economy (Ministry) and he was heading the Department International Economy (Trade Policy, Investments, Licenses, Aeronautics and Defence Policy, Observation of European Policy related to growth , services and trade). He was mainly in charge of different topics in the trade policy area (Rules of Origin, Trade Defence Instruments, Tariff Analysis…). Before he was a methodologist in the consumer prize index unit. He acted several times as a speaker on Trade Policy seminars, organized by the European Commission, Chambers of Commerce and other organizations. He was lecturer at the Institute “cooperation between University and Trade Unions” (at the University of Hasselt, Belgium).

He has degrees in Commercial, Consular, Public Administration and Financial Sciences. He is member of the Economic Diplomacy board at Brussels Diplomatic Academy of the Free University of Brussels.