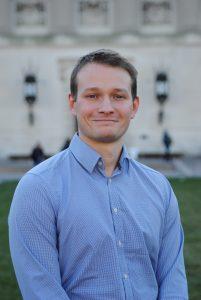 Currently, Stefan is enrolled in a Master’s Program in International Affairs at Columbia University in New York. His main emphasis lies on foreign and security policy in East Asia, in particular regarding the dynamics and frictions between China on the one side and the US and its allies on the other.

His focus on this part of the world stems from a year abroad at the Sophia University in Tokyo, which he completed in the ultimate year of his undergraduate education. He used this placement both to develop a deep understanding of Japanese society and to travel extensively throughout the region.

At EIAS, Stefan will conduct research on the foreign relations among East Asian nations, in particular how the regional security environment is shaped by China’s rise. In that context, he will also examine in what way external actors, foremost the European Union and the United States, can influence and are affected by developments within the region.