Michel Maricau
Home  /  Who we are? 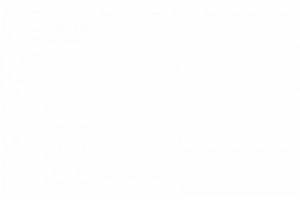 Michel Maricau graduated as an electrical engineer in 1960 from the Faculté Polytechnique de Mons, Belgium. After his military service (reserve officer in the signals forces), he started his career in March 1962 as Director of the electronic laboratory at La Téléphonie Industrielle in Brussels. In July 1965, he joined an American company, C.P. Clare International, at their European headquarters in Tongeren, Belgium. In January 1967, he started and managed C.P. Clare Electronique, France and in June 1967, C.P. Clare Elettronica in Milano. After 9 months in Italy, he was appointed Market Manager for C.P. Clare International in Brussels. In May 1972, he joined Honeywell Europe Inc in Brussels as Product Manager and then Market Manager. In August 1986, he joined Wanson in Brussels as International Sales Manager and in November 1988, Accumulateurs Tudor as Sales Manager Benelux in Florival, Belgium. In August 1990, he joined Interlink Electronics Europe, a company which was founded 9 months before in Echternach, Grand-Duchy of Luxembourg. He started as Regional Sales Manager for half of Europe (Benelux countries, France, Italy, Spain, Portugal and UK). In July 1995, the company was renamed International Electronics & Engineering and he started the Asian business as Sales Manager Asia/Pacific. In June 2002, he was appointed President IEE Asia/Pacific and opened the Asian headquarters in Seoul, South Korea. He lived in Seoul for 2 years, from June 2003 till May 2005 and retired from IEE in June 2005. In July 2005, IEE Management asked him to start the Chinese operations and he lived in Beijing for 3 years. He was Sales Manager China & South-East Asia. When he left China in November 2008, IEE had a total of 350 employees at the Chinese headquarters in Beijing and at the factory in Langfang, Hebei. In January 2010, he was asked to launch a safety camera for IEE in China and South-East Asia; he stayed in Beijing for another 10 months and started an IEE office in Singapore. He came back to Europe end of November 2010.

Michel has a degree in Management from the Institut d’Administration et de Gestion (IAG), Université Catholique de Louvain in Belgium (1988). He is a founder and Vice-Chairman of the Chinese-Luxembourg Chamber of Commerce (ChinaLux).