Lucas Alonso Butcher
Home  /  Who we are? 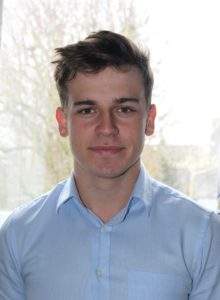 Lucas Alonso Butcher has recently graduated from the University of East Anglia with a degree in International Relations and Modern History. As a part of his degree, he spent a semester abroad at Waseda University in Tokyo, Japan, where he begun learning Japanese and developing his interest in east and southeast Asia. Throughout his final year at UEA he has produced a number of research papers, including an indepth analysis of the potential future impact of the Economic Partnership Agreement and Strategic Partnership Agreement between the EU and Japan.

As a Junior Researcher at EIAS, Lucas Alonso Butcher is eager to build his passion for the political and economic relationships between Europe, Russia and East Asia.