Luca Tarantino
Home  /  Who we are? 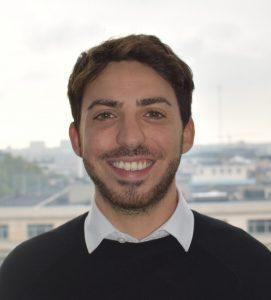 Luca has recently graduated from the University of Rome la Sapienza with a Master’s Degree in International Relations. After one year of studying abroad at Masaryk University in Brno, Czech Republic, Luca returned to Rome and his research began to focus on the new initiatives of the People’s Republic of China in order to become a leading global power.

Therefore, he focused on the consequences of the Belt and Road Initiative on Asian developing countries, as well as the new EU and USA plans to invest in infrastructures in Asia as responses to the BRI. His final thesis kept the focus on China’s rising influence on the international order, by analyzing the Asian Infrastructure Investment Bank.

During his time at EIAS Luca will be conducting research on EU-China relations, focusing on the new European Union approach toward China following the EU Joint Communication: EU-China – A strategic outlook.