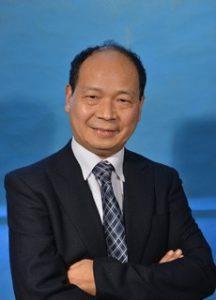 Dr. Junhua ZHANG has acted as a Professor of Political Science at the School of International and Public Affairs of the Shanghai Jiao Tong University (SJTU) and Zhejiang University for ten years. Currently he is a visiting professor at the Graduate School for Asian Studies of the Freie Universität Berlin. He was senior visiting fellow of the University of Sussex in 2011 and visiting professor of the Hebrew University 2012. He has been a columnist for the Neue Zürcher Zeitung since 2006.

In 2008 he acted as a guest editor for the Journal of Historical Sociology based in London. He received his PhD in philosophy from the J.W.Goethe-University in Germany. Apart from his long-term academic career at the Free University Berlin and Wissenschaftszentrum Berlin in Germany, he has also served as a visiting professor at several universities around the world, including the University of Victoria in British Columbia, Canada, the University of Moscow, and the Institut Européen des Hautes Etudes Internationales. Since 2007 he has been a member of the Advisory Board and guest professor of the Donube University Krems in Austria, senior Consultant at the GLGCouncils.