Jason Fernandez
Home  /  Who we are? 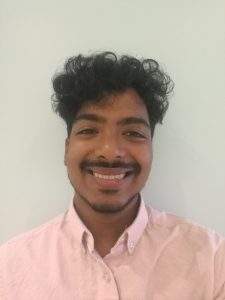 Jason Fernandez has recently graduated from the University of East Anglia with a degree in International Relations and Modern Languages. As a part of his degree, he spent a year abroad in Lyon, France at the Université Jean Moulin 3, where he furthered his understanding of the French language and culture whilst also enrolling in a number of political modules on Indian and Chinese Civilisation as well as Emerging Countries. Over the course of his final year, he has produced several research pieces on Asian states, including his dissertation on India’s soft power policy under the Modi administration; with a particular focus on how India’s domestic policies may be affecting its global image.

As a Junior Researcher at EIAS, he is eager to build on his passion for South Asian and Central Asian affairs and their relationship with the EU. As well as this, Jason is looking forward to expanding his knowledge of EU-ASEAN relations and gaining a more well-rounded view of EU-Asia affairs as a whole.