Grzegorz Stec
Home  /  Who we are? 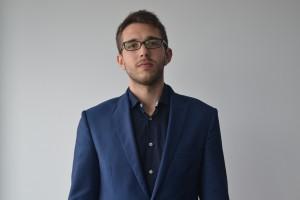 Grzegorz Stec holds a MSc in Contemporary Chinese Studies from the University of Oxford and three BAs – in International Relations, Far Eastern Studies, and Comparative Studies of Civilisations – from the Jagiellonian University in Cracow. During his studies he participated in a one year long language programme conducted by the Beijing Foreign Studies University and completed a graduate internship at the Embassy of the Republic of Poland in Beijing. In September 2016 he will move to Beijing to become a Yenching Scholar at the Yenching Academy of the Peking University.

In his research he focuses on the China-Central and Eastern Europe relations with special regard given to the 16+1 China-CEE initiative and investigates China’s strategies for managing its re-emergence in a non-coercive way.