Elias Bouckaert
Home  /  Who we are? 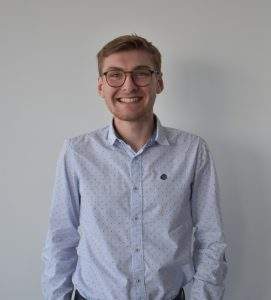 Elias Bouckaert is a Master’s student Japanology at Ghent University. He is interested in Japanese society, history, and politics, as well as the Japanese language. Within the framework of his studies, Elias undertook a study abroad to Kyoto’s Ryūkoku University for four months in 2019. He is planning to study in Tokyo next year to further improve his language skills, as well as for his research.

Other than Japanese studies, Elias has an interest in philosophy. His Master’s thesis is rather philosophy-oriented, analysing the thought of Marxian economist Kuruma Samezō and the role of Hegel in Marxist thought in general. His bachelor’s thesis concerned the possible traces of Pan-Asianism in the discourse of Koizumi Junichirō and Abe Shinzō.

During his time at EIAS, Elias will be focusing on the political situation in Japan, conducting research about the policies of new PM Suga Yoshihide, and the government’s handling of the COVID problem as well as the Olympics. Furthermore, he will integrate the developments in the political sphere – in the light of the run-up to the elections of 2021 – in his research.