David Camroux
Home  /  Who we are? 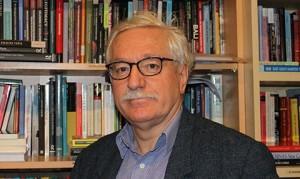 Dr David Camroux is Senior Researcher within the Centre de Recherches Internationales (CERI). At Sciences Po he is also a Associate Professor seconded to Sciences Po where he teaches on contemporary Southeast Asian society, EU-Asian relations and Asian regional integration. He has been a Visiting Professor at the London School of Economics, the Central European University, Gadjah Mada University and Korea University. Working in an interdisciplinary way at the interface between Comparative Politics and International Relations, he is the author of numerous articles on Southeast Asian politics and history, the international relations of Asia and the Pacific and EU-Asia relations. He has contributed to a number of pan-European projects in these areas such as EU-NESCA; GARNET and MERCURY.

David Camroux graduated from the University of Sydney (BA Hons) and read for his doctorate at the Sorbonne nouvelle (Paris III). He is the Co-editor of the Journal of Current Southeast Asian Affairs . He is a regular commentator on Southeast Asian and Pacific affairs for French radio and television as well as for the press. Outside his academic activities, he is a member of the Asia-Pacific Commission advising the International Secretariat of the governing party in France.