Benedetta Gatti
Home  /  Who we are? 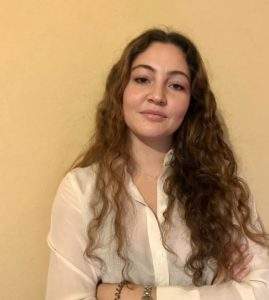 Benedetta Gatti is a recent Master’s graduate of International Relations from the University of Turin. She also holds a Bachelor in East Asian Languages, Cultures and Markets at the Alma Mater Studiorum‐University of Bologna. During her Master’s degree, she was awarded a full scholarship to attend a Chinese Master Diploma in International Politics at the Beijing Foreign Studies University (BFSU). There, she deepened her knowledge and understanding of the Chinese Government and its Foreign Policy decision-making process. During her stay in Beijing, she had the chance not only to improve her proficiency in Mandarin but also to analyze the concept of global governance and EU-China relations from a Chinese perspective.

Benedetta Gatti’s research interests include EU‐China Relations, Chinese investments in the EU and the expansion of the BRI. In her Master’s thesis, she focused on the potential geopolitical and security threat that Chinese FDI can represent for the EU and its member states. Her research interest also involves investigating the potential to further enhance EU‐China cooperation in terms of green energy and digital economy.