Amb (rtd) Alexander Spachis
Home  /  Who we are? 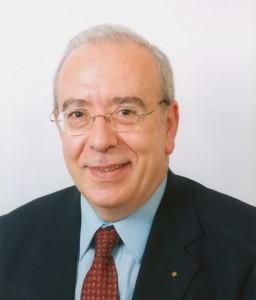 Alexander Spachis studied engineering and business administration in Athens, Greece and got Masters and Doctoral Degree in Management at Imperial College Business School, London. He spent 3 years as Commissioned Officer in the Hellenic Navy, at NATO Eastern Mediterranean Headquarters. Prior to joining the European Commission, he worked as an academic in London and as management consultant with auditors and accountants Ernst and Young in Athens.

Alex joined the European Commission staff in 1981 and worked for Industrial & Enterprise affairs, Public Procurement Policy, review and audit of operation of the Single Market, relations with the European Parliament, the Council and other EU institutions. He has served for two years in the Greek Ministry of Foreign Affairs as political director of the office of the Deputy Minister. On his return to HQ he took over the responsibility of reviewing and auditing the capacity of European countries-candidates for EU membership in the financial services. Subsequently he was nominated Adviser for Asia in the External Relations Department. In the period 2004-2013 he was posted in Asia representing the EU in India, SAARC (South Asia Association for Regional Cooperation) and Nepal.

From 2014 he is associated to the European Institute for Asian Studies and he is member of the board in some NGOs including Search For Common Ground. Since 2015 he is secretary General in the federation “European Business Council for Africa and the Mediterranean”