Visions and Actions of the New Silk Road: Culture and Tourism

Visions and Actions on the New Silk Road: The example of Culture & Tourism
Last year, the EU and China celebrated 40 years of diplomatic relations and the formation of a solid partnership between two players of significant global importance. One of the most groundbreaking areas of collaboration between the EU and China is in the latter’s One Belt, One Road initiative announced by President Xi Jinping in 2013. It aims to construct a network of interconnectivity across the region of Eurasia, and is estimated to cover 4.4 billion people and USD 2.1 trillion gross production, representing respectively 63 per cent of the global population and 29 per cent of world GDP.

The One Belt, One Road initiative is enormous in scale, and while the initiative has rightly been lauded for its potential in forging even greater economic integration, not just between China and the EU, but across the region of Eurasia, the recreation of the Silk Road holds equally massive promise in providing a platform for the blossoming of cultural exchange and tourism. As it stands, Europe is the second largest destination for Chinese tourists. The volume of tourism is only expected to rise, given that arrivals have increased from approximately 8 million in 2014 to 12 million in 2015. It is thus evident that cultural exchange and tourism are noteworthy areas, particularly with respect to the prospects for job creation, trade in services, and even the promotion of interpersonal relations between EU and Chinese citizens. It is in this light that the Europe China OBOR Culture and Tourism Development Committee and the European Institute for Asian Studies invite you to join us for the seminar, “Visions and Actions on the New Silk Road, the example of Culture and Tourism”.

Our speakers will address major topics surrounding the cultural implications of the initiative, alongside possible opportunities that the initiative will bring for investments, tourism and people to people exchange between the EU and China. 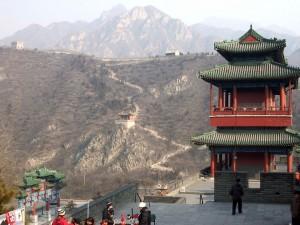 This event will address major topics surrounding the cultural implications of the One Belt One Road Initiative, alongside possible opportunities that the initiative will bring for investments, tourism and people-to-people exchanges between the EU and China.