10:15-10:25   Presentation on the history, the development and the future perspectives of the Shanghai Free Trade Zone

Mr Bernard DEWIT, President of the Belgian-Chinese Chamber of Commerce

10:30-10:45   Presentation on the linkages between the Shanghai FTZ and the development of the commercial culture

Mr Marc VAN PEEL, Vice-Mayor of the City of Antwerp and President of the Antwerp Port Authority (Sistership with Shanghai Municipality)

China has embarked on an era of major economic reforms, aiming to achieve its target of reaching a moderately prosperous society by 2020. In this light, Beijing took measures to shift its economic structure towards a consumption-driven economy, fostered by innovation and green development, with goods and services that will end up higher on the value chain. On top of that, it launched concepts such as the Belt and Road Initiative in a quest to strengthen global connectivity through investments in infrastructure and energy, which could in turn underpin global economic growth. Furthermore, China has committed to continue opening up, by easing restrictions on foreign investment and increasing the convertibility of the Yuan. A case in point was the establishment of the China (Shanghai) Pilot Free Trade Zone (CSPFTZ), which officially launched on 29 September 2013.

The CSPFTZ was presented as a laboratory for new reforms, such as the easing of restrictions on foreign currency exchange and foreign participation in China’s e-commerce sector, which were eventually implemented nationwide. Other key elements include the so called “negative list”, stating in which sectors foreign investment is restricted and replacing a prior approval requirement, and a faster company registration process. These measures increased transparency, cut red tape and have reduced the filing process for foreign investment companies to only one day. After the success of the CSPFTZ, three other Free Trade Zones were opened in April 2015, namely the Guangdong FTZ, the Fujian FTZ and the Tianjin FTZ.

This Media Event seeks to discuss the opportunities and challenges of pilot projects such as the CSPFTZ, through exploring case studies from the side of business and administrative communities. Of particular relevance in this regard is the strong friendship between the city of Antwerp, the city of Shanghai and their ports, which are among the most important maritime hubs in Europe and Asia. The European Institute for Asian Studies is pleased to support this event, hosted by the China Cultural Center, which will feature a number of high-level representatives and policymakers from the Chinese Embassy, the municipalities of Shanghai and Antwerp, the port of Antwerp and the Belgian business community, to discuss the CSPFTZ and its impact on their operations.

The European Institute for Asian Studies (EIAS) is a partner to this event, which is organised and hosted by the China Cultural Centre and Atlas International Culture. Contact news@atlasinternationalculture.com in case of any enquiries. 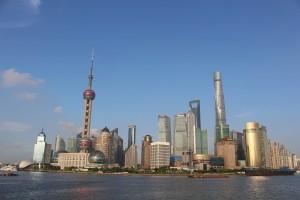 This Media Event seeks to discuss the opportunities and challenges of pilot projects such as the CSPFTZ, through exploring case studies from the side of business and administrative communities.