Mr Ahmer Bilal Soofi is a leading lawyer practicing before the Supreme Court and is also a senior partner of law firm with offices in Lahora and Islamabad. He is the founding President of Research Society of International Law, the only think tank of international law in Pakistan that is dedicated to activities for lawyers, journalists and Government officials for improving capacity and awareness about legal commitments of Pakistan under various treaties and conventions.

His areas of expertise include both litigation and transactional work. Mr. Soofi has appeared in several cases before the Supreme Court of Pakistan on matters of constitutional and national importance. He has also advised the Government of Pakistan on several important legal issues.

Mr. Ahmer Bilal Soofi is Pakistan’s former Law Minister. Mr. Soofi acted as an expert from Pakistan to provide country report that became part of the ICRC Customary Study on international humanitarian law.  He has done extensive work for improving legislation in Pakistan relating to human rights and international humanitarian law.  In this regard, Mr. Soofi and his team carried out a one volume comprehensive comparison of Pakistan’s entire legislation with the Geneva Conventions, Additional Protocols and the Rome Statute.  More recently, he has advised the Government on the Child Rights Convention. He has also advised the Government on the legal aspects of the country report from Pakistan on UNSC Resolution 1540. 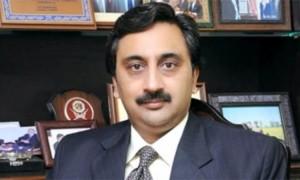 EIAS is honoured to host Mr Ahmer Bilal Soofi, founding President of the Research Society of International Law; and former Law Minister of Pakistan, for a keynote address on the evolving legal landscape in Pakistan, including its capacity and awareness under various treaties and conventions.