At the centre of the Eurasian continent and the historical Silk Road, Tajikistan strives to reclaim its position as a cross-road for civilizations. The breath-taking land Marco Polo crossed during the 13th century holds endless new opportunities and prospects for new developments. Host to an impressive amount of mountain formation – which occupies around 90 per cent of its territory – and steppes, it is a set destination for travellers in need of thrilling and authentic adventure. The Tajiks are known for being one of the most welcoming people, a heritage that their ancestors have rooted in the culture, thanks to the crucial role it played for merchants of the ancient Silk Road. Tajikistan in its quality of one of the most proficient hubs during the Middle Ages educated its people to develop an inner capacity for business that today strive for a new golden age. Today, the country enjoys the highest hydropower capacity in the Central Asia region, incredibly rich deposits of antimony, aluminium, gold and silver, and a significant agricultural potential. With the support of the Asian Development Bank, it has rehabilitated over 650 kilometres of roads that has allowed Tajikistan to create international trade links and bring social services to its people. The country also presents a non-negligible workforce with 60 percent of its population in their working age.

It is in this context that the Government of Tajikistan, under the leadership of President Emomali Rahmon, has established a National Development Strategy 2030. Through this overarching framework, Tajikistan is carrying reforms of its public administration, improving the investment and business climate, developing its private sector, attracting more and more foreign direct investments and furthering regional and global interaction of its economy. This ambitious programme intends to involve a wide range of actors from development partner to private sector and civil society in the hope of attracting investor to consider Tajikistan a new frontier for opportunities.

Testimony to this watershed commitment of Tajikistan to enter a new era of development, we can already admire the promising entrepreneurial initiatives such as the highest dam built for the purpose of Rogun hydroelectric powerplant by Italian company Salini Impreglio; the China-Tajikistan Comprehensive Partnership and the country’s active involvement in the Belt and Road Initiative (BRI); and its participation to regional integration under the CAREC programme through the upgrading of road and railway transport corridors. 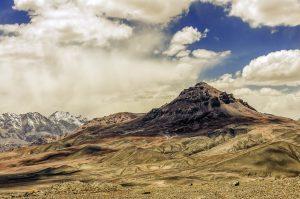 The Government of Tajikistan has established a National Development Strategy 2030. Through this overarching framework, Tajikistan is carrying reforms of its public administration, improving the investment and business climate, developing its private sector, attracting foreign direct investments and furthering regional and global interactions.