Following the enactment of the 2015 Constitution, Nepal’s newly gained political stability has steered the attention of the international community to the trade and investment potentials of Nepal. In this regard, there has been every possibility for the European Investment Bank (EIB), the European Bank for Reconstruction and Development (EBRD) as well as private sectors across the EU member states to further intensify their roles and forge closer collaboration with Nepal so as to capitalise on huge trade and investment opportunities unfolded in Nepal in range of sectors.

Nepal and the EU held the 10th meeting of their bi-annual Joint Commission on 28 June in Brussels. During the consultation, Nepal outlined key elements of its national agenda, including strategies to graduate from Least Developed Country (LDC), and implementation of the Sustainable Development Agenda. EU and Nepal reiterated the importance for Nepal of taking greater advantage of trade preferences granted to Nepal by the EU under the Everything But Arms scheme (EBA). The EU reiterated its continued support to enhancing Nepal’s trading capacity including through trade facilitation measures, and product development. In order to achieve this, a greater focus on the development of the different sectors including service sector is needed. The role of SMEs as the engines of growth, innovation and job creation is equally given priority in which both EU and Nepal can work together.

H.E. Pradeep Kumar Gyawali, assumed office as Minister for Foreign Affairs of Nepal on March 16, 2018 Mr. Gyawali was elected, in the elections held in 2017, as a member of the House of Representatives from his home district. Prior to this, he was elected as a member of the Constituent Assembly in 2008 as well as a member of House of Representatives in 1999. He was a member of State Affairs Committee of the Parliament from 1999 to 2012 and a member of Parliamentary Proceedings Advisory Committee during his tenure as the member of Constituent Assembly from 2008 to 2012. Mr. Gyawali also served as Minister for Culture, Tourism and Civil Aviation from May 2006 to April 2007. He was one of the key members of the government team that negotiated with the then Maoist rebels 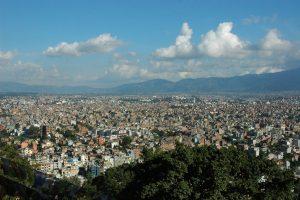 Following the enactment of the 2015 Constitution, Nepal’s newly gained political stability has steered the attention of the international community to the trade and investment potentials of Nepal. The EU, for its part, has reiterated its continued support to enhancing Nepal’s trading capacity including through trade facilitation measures, and product development.