Kyrgyzstan, located in the heart of the Eurasian landmass, has a rich and ancient history. In recent years, the openness of the society and accountability of the authorities to the people have started to deliver their fruits; aided by a steady growth rate of around 9 percent. With its huge human potential, it is crucial for the country to keep the positive trends.

The country has seen a considerable expansion of trade in recent years – the total trade turnover increased nearly sevenfold to USD 11.8 billion between 2005 and 2013. Kyrgyzstan’s geographic position between major energy producers (Russia, Kazakhstan, Turkmenistan) and large energy importers, foremost among them China, makes Kyrgyzstan a potentially valuable transit state for certain pipeline projects. Furthermore, Kyrgyzstan is blessed with considerable deposits of mineral resources, including gold and other metals. Many opportunities for growth also lie in expanding the generation of hydroelectric power from the country’s ample rivers and streams for sale to neighbouring countries.

As a landlocked country, connectivity with its neighbors is of critical importance to overall economic development. In this regard, the ADB-funded Central Asian Regional Economic Cooperation (CAREC) programme has prioritized developing six corridors (four of which traverse Kyrgyzstan) to promote regional trade, link Central Asia’s economic hubs, and connect landlocked countries to other Eurasian and global markets. Kyrgyzstan also stands to benefit from China’s One Belt One Road initiative and the many connectivity projects that will traverse the region.

H.E. Mr Erlan Abdyldaev has previously held posts as Kyrgyz Ambassador to the People’s Republic of China with accreditation to Mongolia, Singapore and Thailand. He is an expert at the Institute of Public Policy and since 2007, Director of the Institute for War and Peace in Kyrgyzstan. He was appointed Minister of Foreign Affairs of the Kyrgyz Republic in September 2012. 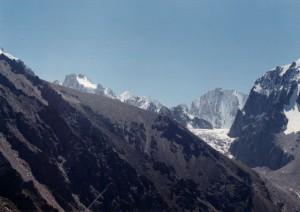