A peaceful Cross-Strait relationship is central to the stability and prosperity of the Asia-Pacific, and is therefore of vital importance to all the stakeholders in and beyond the region. Economic cooperation and people to people exchanges across the Taiwan Strait have thrived in recent years, yet political tensions have been on the rise since May 2016. Given its economic, political and strategic significance, ensuring that Cross-Strait dialogue remains constructive is clearly in the vested interests of all global actors invested in the multilateral, rules-based global order.

This session will address the current state and future prospects of Cross-Strait relations. With the EU supporting constructive development in East Asia, in what way can it help facilitate dialogue, cooperation, and confidence building in the region?

Throughout the past year, the mercurial politics of the Korean Peninsula have captured the worlds attention. With the United States now in direct communication with Pyongyang whilst maintaining its demands for complete denuclearization, many are questioning whether we will see this unorthodox approach of détente succeeding where others have failed. Despite the diplomatic environment on the peninsula appearing more constructive than ever, the Korean peninsula remains the major security dilemma of our time.

Whilst the situation surrounding the DPRK often attracts the public’s attention, the numerous ongoing and unresolved maritime disputes in the seas surrounding East Asia persist. Involving a diverse array of states throughout the region, hotspots in the South China Sea and the East China Sea threaten to disrupt the delicately balanced security environment of East Asia.  Although steps are being taken to reduce the likelihood of military clashes, much remains to be done.

With East Asia simultaneously being a global engine of economic growth and a region beset by numerous complex security hotspots, its geopolitics are a subject of genuinely global intrigue. Throughout this session, the panel will provide in depth assessment of the region’s security landscape and assess how its various hotspots are likely to unfold in to the future. 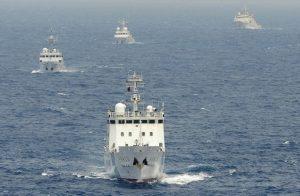 East Asia as a region is understood to simultaneously be a vital engine of global economic growth, and a source of significant geopolitical uncertainty. With various powerful states vying for influence, the political and security situation in the region is a point of global intrigue. This conference brings together experts from across Europe and Asia in two sessions to address two of the most important debates in the study of the region: Cross-Strait Relations, and the various hotspots that shape East Asia’s security landscape.