Over the past few months, China’s Market Economy Status has undoubtedly been one of the most critical issues between Brussels and Beijing. The discussion relates to the methodologies that the EU can use in calculating the normal price for determining an anti-dumping margin for AD duties on Chinese imports. Currently, the EU applies an alternative country methodology, using the prices of an analogue country instead of China’s domestic prices. However, according to several experts, Article 15 of China’s WTO protocol stipulates that from 11 December 2016 onwards, China’s domestic prices should be used instead of those alternative methodologies. This is heavily contested by some opponents to this interpretation, such as industrial lobby groups, who fear that the presumably lower anti dumping margins will curtail the EU in its abilities to protect EU industries against cheap imports from China, leading to losses in jobs and competitiveness. Moreover, according to those voices, China should first meet the EU’s five Market Economy Status criteria before Brussels should resort to the normal methodology. A particular sector of concern is the steel industry, which is suffering from low prices and a global overcapacity, with China’s cheap exports being seen as a threat to European jobs in steel.

Regardless of the many disagreements amongst legal experts on the interpretation of China’s WTO Accession Protocol, any outcome will as well have substantial economic and political ramifications. For the occasion of this event, the European Institute for Asian Studies will present the conclusions of its most recent Research Paper: “China – NME at the Gates?” (download here), placing the discussions on China’s MES within the wider relations between the EU and China. The report will present several talking points to a distinguished panel of experts, who will share their perspectives on the matter. How to solve the tensions regarding steel? Could China retaliate in a worst case scenario? Does the EU have any alternative options if it ceases to use the analogue country methodology? And most important of all: What are the geopolitical and economic consequences if the EU decides (not) to start using domestic prices after December? 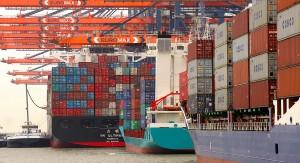 For the occasion of this event, the European Institute for Asian Studies will present the conclusions of its most recent Research Paper: “China – NME at the Gates?”, placing the discussions on China’s MES within the wider relations between the EU and China.