On December 8, 2017 Uzbekistan will celebrate the 25th Anniversary of the adoption of its Constitution, which took place on December 8, 1992, with some amendments and addenda introduced in 2003. The Constitution is based on the experience of developed countries and has the Universal Declaration of Human Rights embedded in it. It has ensured the accountability of state bodies and the priority of interests of each citizen has been legally maintained and further guaranteed.

Since the first years of Uzbekistan’s independence the main purpose of large-scale reforms has been to build a democratic state with a socially oriented market economy and a strong civil society. The basis of the constitution lays five principles of the «Uzbek model» of development: priority of economics over politics, state as the main reformer, rule of law, strong social policy, gradual and evolutionary reforms.

Today Uzbekistan has a stable and dynamically developing political system, with the necessary conditions for a free and active participation of citizens, political parties and other civil society institutions in the implementation of the most important tasks of social, economic, political and legal development of the state. The Constitution also establishes a solid foundation for dynamic and sustainable development of the national economy and continuous improvement of the people’s welfare. This is evidenced by the fact that the country has a strong, competitive, socially oriented market economy, rapidly growing small business and private entrepreneurship. 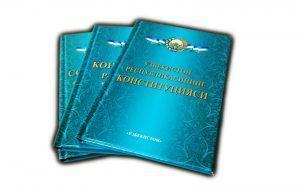 This seminar will commemorate the 25th anniversary of the Declaration of the Uzbek Constitution, which lays the principles of the Uzbek model of development and establishes a solid foundation for the dynamic and sustainable development of the national economy and continuous improvement of the people’s welfare.