The EU-Japan EPA/SPA and the ‘Abe Doctrine’: Reinforcing Norms Globally, Changing them Domestically
Home  /  EU-Asia at a Glance 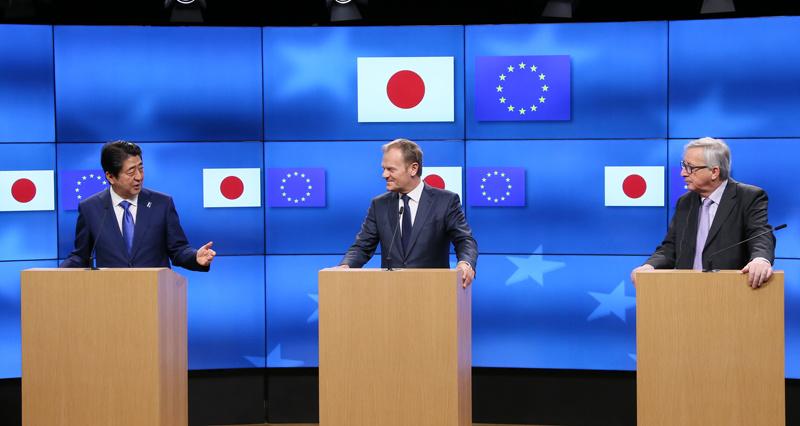 On 17 July 2018, leaders from the EU and Japan met in Tokyo to sign the dual Economic Partnership Agreement and Strategic Partnership Agreements (EPA and SPA). These agreements, for which negotiations started in 2013, represent a significant change in the relationship between these two great civilian powers, ushering in a new era of increased cooperation. The response to these agreements from around the world has been largely positive, with these agreements frequently understood to be lending significant support to the increasingly fragile looking liberal international order. Whilst this may be the case, these agreements are certain to also impact upon the domestic economic and political landscapes of either signatory, with Japan likely to be significantly affected. It is this subject that is addressed within this paper. Throughout his tumultuous premiership, Shinzo Abe’s strategic ambitions for Japan have become increasingly clear. While Abe’s leadership is often associated with his efforts to revive the Japanese economy through policies dubbed ‘Abenomics’, his ambitions to alter Japan’s foreign and security policy are also illustrative of his time in power. Throughout this paper, I will assess how the recently signed EPA and SPA may act to further Abe’s strategic agenda, often dubbed the ‘Abe Doctrine’. I will conclude that whilst these agreements certainly act to reinforce the global norms underlying the liberal international order, they also function as a means through which domestic Japanese norms can be altered in line with the Abe Doctrine.