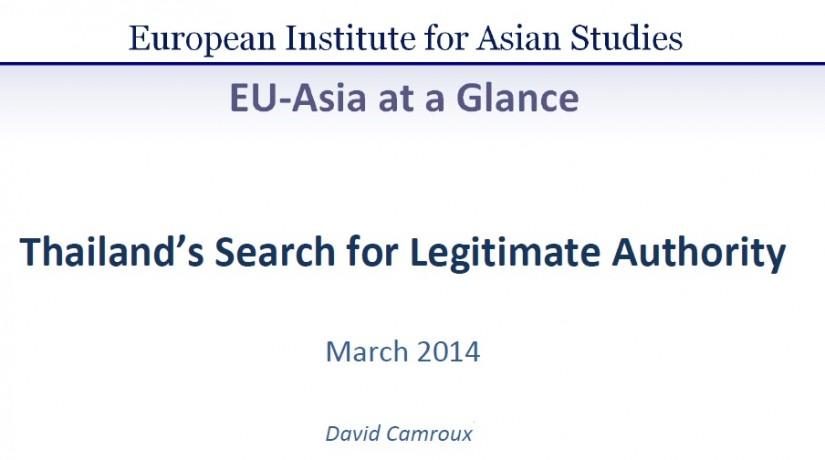 As the crisis in Thailand enters its fourth month, the political unrest continues taking its toll on the Thai economy, despite a scaling down of the protests, after the leader of the People’s Democratic Reform Committee, Suthep Thaugsuban, urged protesters to assemble at Lumpini park. Meanwhile, Commander in Chief of the Royal Thai Army Prayuth chan-ocha has stated that he cannot promise that there will or will not be a coup in response to the country’s stalemate. The search for legitimate authority in Thailand is further complicated by the decreasing trust in the institutions designed to act as neutral referee, such as the Constitutional Court, the Election Commission and the National Anti-Corruption Commission. Hence, several unresolved questions of legitimacy and inclusive political order remain.