EU trade sanctions on Cambodia: An Ethical Debate
Home  /  EU-Asia at a Glance 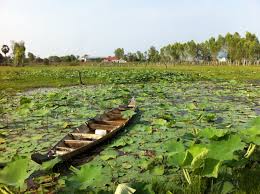 In response to what are regarded as “democratic setbacks” in Cambodia, the European Commission announced on 5 October 2018 it would hit the country with trade sanctions. Damaging the national economy on which ordinary people depend for their health and welfare as the means to attain policy goals raises a significant ethical debate. Historical experience demonstrates that economic sanctions are largely ineffective in achieving their objectives and their use can negatively impact the population. Boundaries and specifications need to be placed on economic sanctions to ensure that potential socio-economic damage is minimised. Because of the pressure to show results, international actors such as the EU continue to pursue forms of democracy promotion that are short-term, instead of adopting a non-linear approach to help build democracy in the long-term. In Cambodia as in many countries, democracy aid focuses on elections but less on the strengthening of continuous accountability mechanisms. The EU should consider specific structural conditions in Cambodia and build on a commonly agreed conception of democracy.

Mrs. Cindy Cao is Associate Researcher at the European Institute for Asian Studies (EIAS), Brussels, Belgium, and a Doctoral Researcher in Global Politics at University of Leicester, UK.