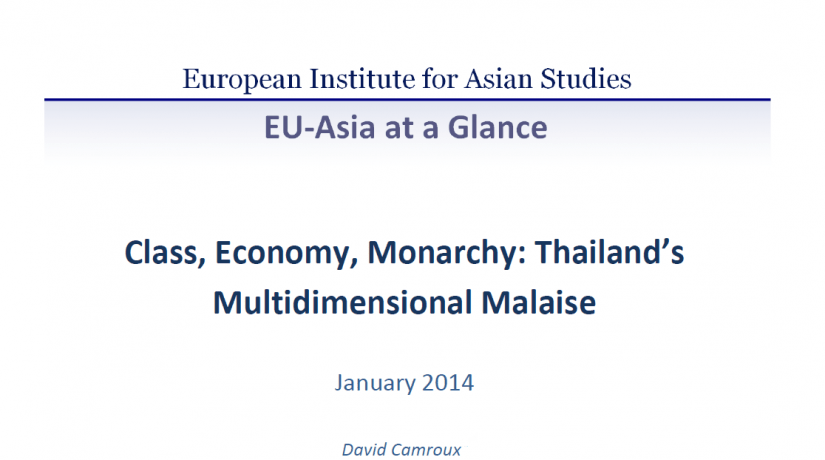 The attempt on Monday 13 January to shut down Bangkok, orchestrated by the People’s Democratic Reform Committee (PDRC) led by Suthep Thaugsuban, a former Deputy Prime Minister and member of the opposition Democrat Party, does not seem to have achieved its objective. Moreover, through the soft policing of the demonstrations, the caretaker government of Yingluck Shinawatra limited the kind of violence that the opposition had hoped would provoke a military coup and thus thwart the early elections planned for 2 February. These elections are being boycotted by a parliamentary opposition which is conscious that it would probably lose, given the popularity of the present government. Meanwhile, the political unrest is taking a toll on Thailand’s economy. Besides the immediate adverse effects of violence on tourism and the service sector, a more deep-rooted problem looms over Thailand’s economic outlook. Without a corresponding investment in infrastructure, education and research and development in order to improve productivity, Thailand finds itself increasingly threatened by a middle-income trap.