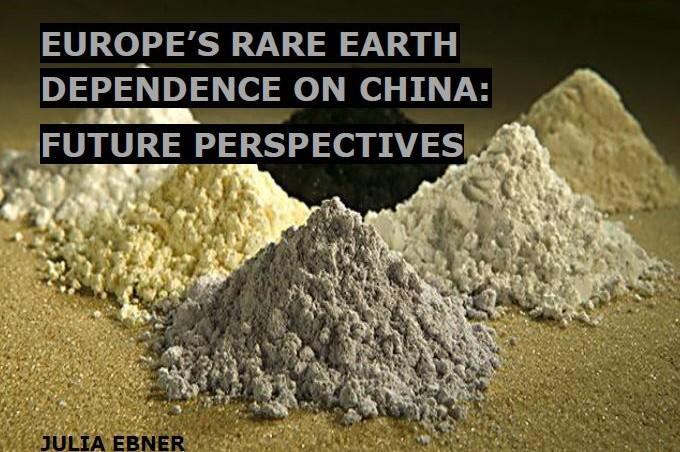 In view of the EU 2020 energy targets and the indispensability of rare earths for the ICT and clean technology sector, European demand for rare earths will likely continue to increase progressively in the years to come. Whilst Europe has made considerable efforts to decrease its dependence on China’s rare earths by investing in domestic 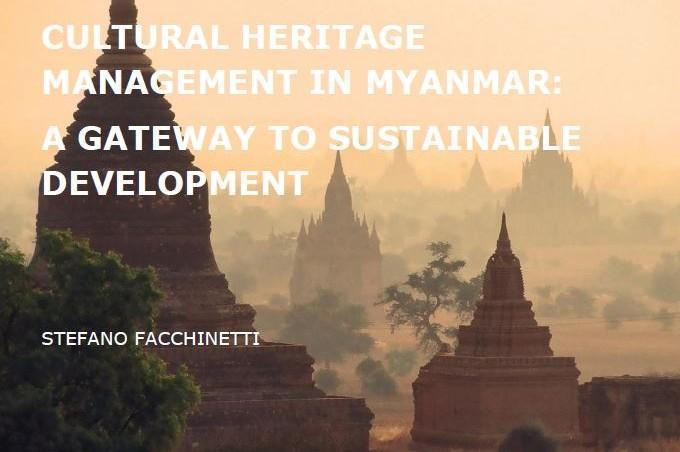 Myanmar is currently at an historical, yet fragile transitional stage. Since a new government, headed by previous military leader Thein Sein, was formed in 2011, the country has indeed embarked in a sincerely welcomed process of political opening-up to the external world, and has positively resumed its dialogue with the international community. This led to 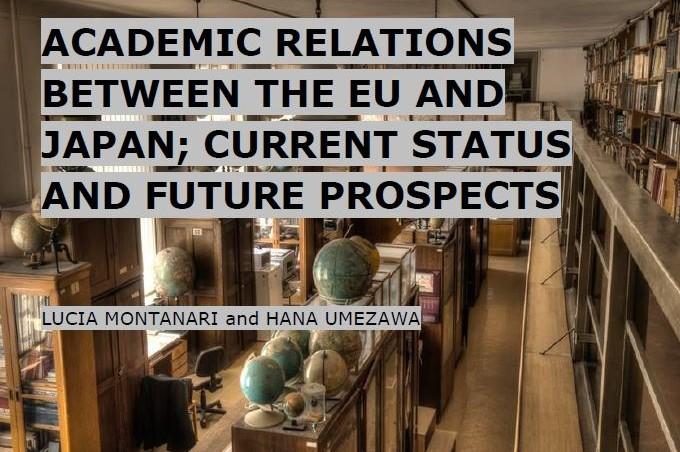 Academic Relations Between the EU and Japan: Current Status and Future Prospects (September 2014)

Academic relations and education exchanges between the EU and Japan have initially been encouraged by the former, followed by an intensified effort in recent years by the latter. Such a gap stems mainly from the differences in the demands from the labour markets of the two parties. While the European labour market typically appreciates the 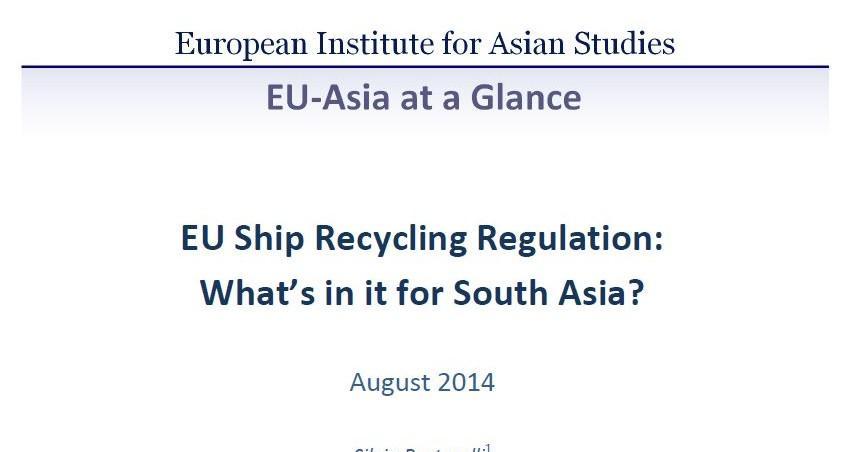 Shipbreaking does not feature on the headlines very often, however, this industry plays a very important role in the economies of South Asian countries. The recycling of end-of-life vessels for scrap metal and other materials is a very profitable industry for both ship-owning companies and the owners of shipbreaking yards. However, developing countries pay the 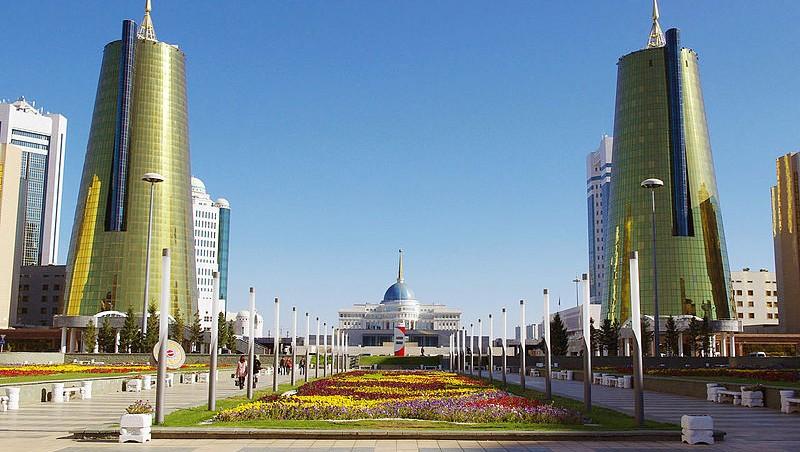 Connectivity was the main theme of discussion at this year’s Annual Meeting of the Asia Development Bank held in Astana, Kazakhstan, from 2 to 5 May 2014. Participants told about the far-flung stopovers they had to make when flying in, and panelists talked about how Kazakhstan and the other Central Asian countries could benefit from 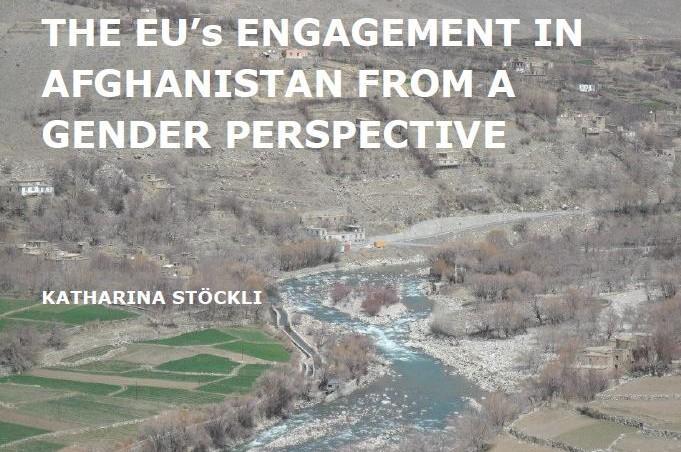 The year 2014 is a historical year for Afghanistan. The international forces will withdraw from Afghanistan by the end of the year and for the first time in its history, Afghanistan will see a democratic transfer of power from one elected president to another. After more than a decade of international presence in Afghanistan, the 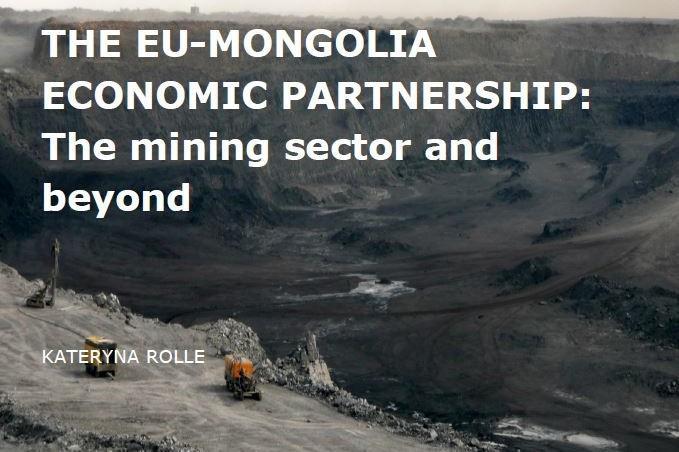 The EU-Mongolia Economic Partnership: The Mining Sector and Beyond (April 2014)

This briefing paper marks the fourth and final in a series of papers on Mongolia and its relationship with the European Union (EU). The preceding gap between the end of the Country Strategy Paper (CSP) 2007-2013 and the beginning of the CSP 2014-2020, as well as the signing of the yet-to-be-ratified EU-Mongolia Partnership Cooperation Agreement 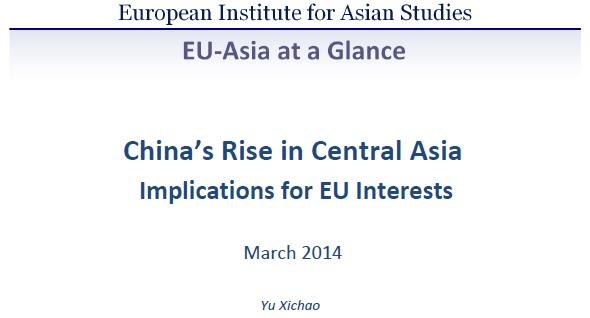 Relations between China and Central Asia have been developing rapidly in recent years. The region has risen from a marginal position to becoming one of the top priorities in China’s foreign policy strategy, and is a region of great geostrategic importance presenting both challenges and opportunities to China’s security, economic and political interests. China’s policy 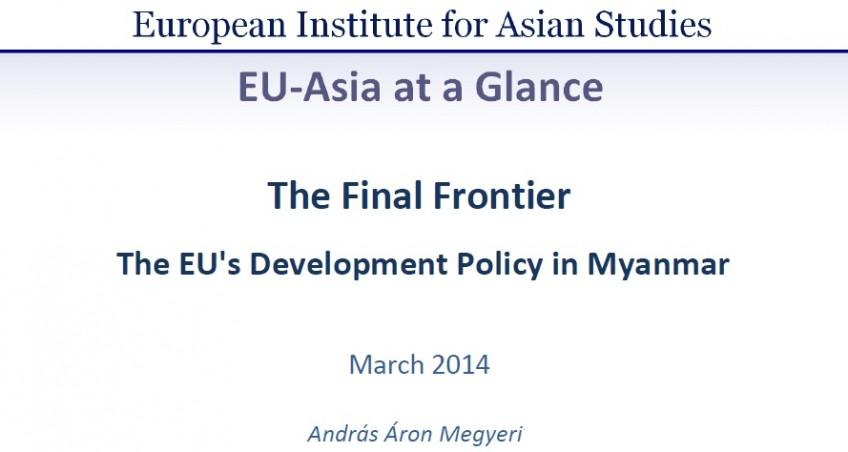 Three years into the Myanmar peace process, the country remains plagued by corruption, ethnic conflicts, and religious tensions. The new government was formed in 2011 by Thein Sein, who retired from his military career in 2010. This shows a civil-military relationship that is characterised by deeply the entrenchment of economic and political interests on the 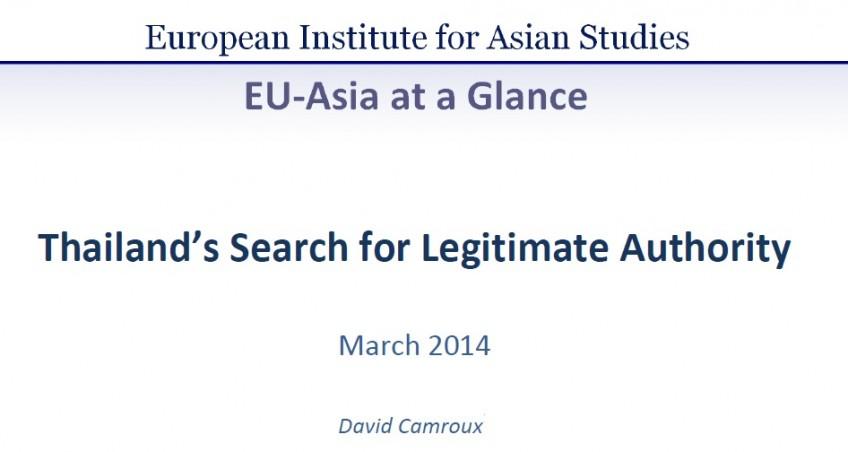 As the crisis in Thailand enters its fourth month, the political unrest continues taking its toll on the Thai economy, despite a scaling down of the protests, after the leader of the People’s Democratic Reform Committee, Suthep Thaugsuban, urged protesters to assemble at Lumpini park. Meanwhile, Commander in Chief of the Royal Thai Army Prayuth