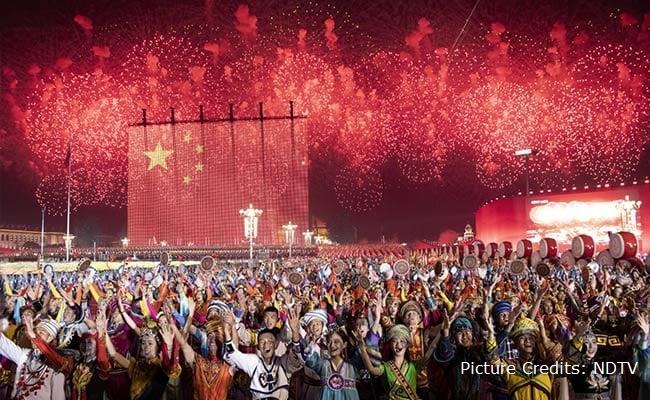 1 October 2019 marked the 70th anniversary of the foundation of the People’s Republic of China (PRC). The event was accompanied by lustrous celebrations in Beijing, including evening galas, fireworks over Tiananmen Square, aircraft formation of the Chinese People’s Liberation Army flying over Beijing and an imposing civilian and military parade. In fact, it was the military procession taking place on Tiananmen Square – described as the largest military parade ever held in the 70 years of PRC history – that caught special international attention. With China’s technologically advanced military equipment on full display (counting tanks, helicopters, drones and, among other innovative military hardware, China’s new DF-41 intercontinental strategic nuclear ballistic missile), this showcase of China’s rising importance as a global power not only in the economic, but also in the technology and military spheres did not go unnoticed.

While this exhibition of China’s hard power tools might have been employed as an instrument to reveal the country’s potential to China’s own people and steer national pride, it has also been interpreted as a statement towards the international audience. The message seemingly contrasted with China’s commitment to internal and international peaceful development – as reiterated by President Xi Jinping in his speeches both at the grand rally and at the reception in celebration of the 70th anniversary – and was understood as a clear warning against any attempt to disrupt the unity of the Chinese nation and its “sovereignty, security, and development interests” by any external or internal forces, which would be addressed with concrete action.

Nevertheless, while celebrations and this showcase of hard power potential were taking place in Beijing, official and cultural events were being held by Chinese embassies, consulates and cultural centres in other parts of the world. Different art and cultural events, offered by official institutions as well as cultural and educational institutes, also took place during the months of September and October in connection with the 70th anniversary of the PRC. Activities included sports and marital art days, concerts of traditional Chinese music, Film festivals, exhibitions of traditional art and calligraphy, Gala Evenings, and a series of other events.

Visibility and presence abroad, not only in the official diplomatic but also in the cultural sphere can be understood as a tool in China’s hands to improve its image and expand its soft power, both among its overseas citizens and the international public. On the one hand, it represents a way to maintain and strengthen ties between China and Chinese communities overseas, amounting to fifty to sixty million people according to Chinese sources, which is one of the Communist Party of China’s (CPC) main interests. The Chinese diaspora is believed to have had a pivotal role in China’s growth and development since the Reform and Opening-Up period and, on the basis of common ancestry history and culture, is today still encouraged to take an active role in Xi’s Chinese Dream of national rejuvenation. On the other hand, it represents an instrument to foster people-to-people contacts and boost China’s image through public diplomacy.

Active efforts to project soft power are, in fact, no new strategy for China. In China’s particular experience the need to actively develop a stronger soft power strategy has been rolled out in response to its growing awareness that the current Chinese political system and domestic political ideology is not particularly attractive in a world dominated by Western democratic and liberal ideology. Besides, despite presenting new opportunities for many developing countries, its increased international presence through investments and projects related to the Belt and Road Initiative has raised concerns on China’s intentions as an emerging global power.

Thus, in an international context of growing scepticism toward China’s increased weight and assertiveness, the Chinese government has been allocating a lot of resources to improve China’s image. In an attempt to increase the country’s attractiveness abroad, it has been promoting a carefully selected representation of Chinese culture and society through people-to-people relations.

For example, despite growing concerns and criticism, a number of Confucius Institutes have been opened worldwide, making Mandarin Chinese language courses and standardized Chinese language tests available in many countries. Foreign-language versions of Chinese media, such as China Radio International, CCTV and the People’s Daily have also been made accessible overseas. Furthermore, China has been promoting cultural, educational, scientific, and technical exchanges between national and international academics and students. Finally, China has hosted high-profile international events, such as the 2008 Beijing Olympics, the 2010 Shanghai World Expo, the 2014 APEC meeting, the 2016 G20 summit, and other smaller-size sport events.

Nonetheless, even though Chinese culture is more accessible and generally growing in popularity, public opinion around the world is divided on China. According to the 2019 Pew Research Center’s Global Attitudes Survey, an average of 41% across the thirty-two surveyed countries hold a positive view on China, while 37% hold a negative view. More specifically, in Russia and sub-Saharan African, Middle Eastern and Latin American countries surveyed, China receives largely favourable reviews. However, in Western Europe, the US, Canada, Australia and China’s Eastern neighbours, perception is predominantly negative, as the political differences seem to play a major role in shaping public opinion. In fact, the percentage of people with a positive opinion in these countries has dropped since 2018.

Despite the survey results, if dialogue at grassroots level is further intensified between China and the Western World – in both directions –, it might be possible to move beyond political and cultural differences and increase mutual understanding, as well as the quality of relations under more favourable conditions on both sides of the partnership.