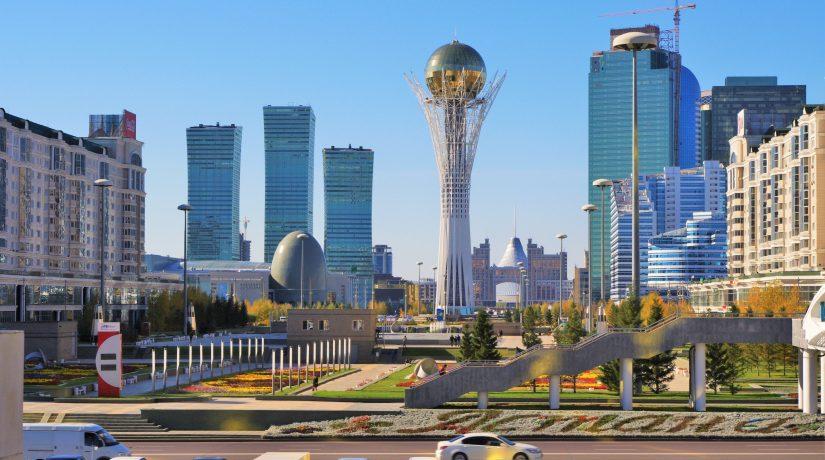 On 5 March, Kazakhstan’s President Nursultan Nazarbayev outlined five new major social initiatives to improve the socio-economic standing and progress of Kazakh citizens. These initiatives are a key pillar of Kazakhstan’s ambitious modernisation programme, and will aid the nation in the pursuit of the Kazakhstan 2050 Strategy. With its strong focus on infrastructure, logistics, private sector and SME development, housing, social services, and the enhancement of human capital, this strategy, in combination with the Nurly Zhol strategy, hopes to help establish Kazakhstan as one of the world’s 30 most developed economies by 2050. This article reviews some of the social initiatives and their importance for Kazakhstan’s modernisation.

The first initiative consists of increasing the supply of affordable housing. This initiative builds upon the programme “Affordable Housing 2020” approved in 2014. Kazakhstan has been urbanising rapidly and its population has been increasing at a fast rate too (at 1.4 percent, quite high compared to other developed countries), and additional measures need to be taken for real estate construction to keep up with these two trends. While the number of transactions for purchase and sale of housing in 2017 increased by 25 percent compared to the previous year (according to the Statistics Committee of the National Economy Ministry), approximately 14 percent of the population (2.5 million people) still own no residential property (according to RFCA Ratings).

Affordable housing will further promote social inclusion and cohesion, sustainable urban development and other positive spillover effects in society. Careful attention will also need to be paid to the provision of social housing for those worse-off in society, as well as to the rural-urban divide by ensuring that the provision of infrastructure, housing and public services in the rural areas does not fall behind vis-à-vis the main urban centres of Almaty and Astana.

The next initiative promotes the expansion of loans for businesspeople and the development of an entrepreneurial environment conducive to the flourishing of Small and Medium Enterprises (SMEs). This initiative should be understood within the context of the big privatisation push and structural reforms being undertaken in Kazakhstan in order to inject greater dynamism in the economy, promote diversification, and achieving a greater balance between the public and private sector. As such, the development of the private sector is given high priority in the transition from a centralised to a market economy, in which less efficient SOEs constitute a gradually lower share of the economy in favour of SMEs, the engines of growth, innovation, competitiveness and job creation in the Kazakh economy. SME development can also lead to a reduced reliance on extractive industries, decreasing the exposure of the Kazakh economy to volatile commodity prices.

In recent years, programmes and instruments at national and local level have gradually incorporated various form of support (financial and otherwise) for SMEs, along with the creation of an enabling environment for their development and expansion (high-tech parks, business incubators, etc).

However, the SME sector in Kazakhstan is still in its infancy. Kazakhstan has over 750.000 registered SMEs employing 2.5 million people (roughly 28 percent of total employment), accounting for 20-25 percent of GDP. Kazakhstan wishes to see this share increase to 50 percent by 2050, as President Nazarbayev indicated during his recent state of the nation address. For this vision to be realised, SMEs should also be given facilities to participate in the supply and distribution chains of larger firms.

Access to investment financing will need to become more widely accessible, especially to women, youth and people with disabilities. Kazakhstan can already take great pride in the fact that women own and/or manage almost half of all SMEs, thanks in part to its participation to the European Bank for Reconstruction and Development’s (EBRD) Women in Business Programme for Kazakhstan launched in 2015. The EBRD, along with the European Investment Bank (EIB), have made support to SMEs a core pillar of their cooperation activities in Kazakhstan, for instance through the support for export-oriented SMEs in manufacturing in services and improving the accessibility to financing for SMEs located outside of the major urban areas.

The next initiative involves increasing the accessibility to, and quality of, higher education. Education can be a powerful instrument to reduce social inequalities, provided equitable access to affordable higher education for students from rural areas, with disabilities, and from lower socio-economic statuses.

Kazakhstan has made persistent efforts for its universities to offer skills relevant to the 21st century labour market and the emerging industries in the country. As the economy diversifies towards higher value-added activities and sectors, it is developing knowledge-intensive services including ICT and finance.

Kazakhstan has also made efforts to internationalise its higher education. This year marks the 25th anniversary of the establishment of the Bolashak scholarship programme which has allowed many talented young Kazakhs to study abroad.  Furthermore, since 2010, Kazakhstan has become a full member of the Bologna process, being the first Central Asian country to join. Since then, Kazakhstan has adapted and adjusted its education system to converge with the principles of the Bologna Declaration, making Kazakh degrees compatible with EU jobs, and Kazakh universities have increasingly offered post-graduate degrees in conjunction with leading foreign universities.

A renewed focus on engineering and technical studies is vital to ensure Kazakhstan harness the abilities of its young people and shape the country’s fourth industrial revolution. As the Kazakh economy becomes increasingly digitalised, it is important that the education sector adapts accordingly, imparting the relevant skills to the nation’s youth. In addition to this, investment in high-tech industries is helping Kazakhstan transition away from its traditional dependency of commodity exports, helping it establish a more knowledge and innovation-intensive economy. In conjunction, these changes are hoped to move the Kazakh economy up the global value chain, making it increasingly competitive.

To be aligned with current trends, the Almaty Management University has introduced a new course on “Business analytics and global data (Big Data)”. In addition, space and nuclear science and technology research have been at the forefront of Kazakhstan’s modernisation program. The recent creation of the Ministry of Defence and Aerospace Industry is no exception, with the consolidation of expertise strengthening high-tech industries as well as boosting Research & Development processes.

The last initiative entails the construction of a new gas pipeline to Astana, which should be understood in the context of the vulnerability of Kazakhstan to the effects of climate change – particularly increased water scarcity and desertification. The construction of the pipeline is expected to have a positive socio-economic and environmental impact, as it will replace a considerable amount of coal consumption, the most pollutant of fossil fuels, saving 36,100 tonnes of pollutant emissions per year in Astana alone.

This pipeline should be placed in the broader context of the concept of “green economy” that the Kazakh Government has been developing since 2013, setting specific climate change mitigation and adaptation targets including: increasing share of renewables in electricity generation, and reducing greenhouse emissions by 25 percent by 2030 compared with 1990 levels as per its Intended Nationally Determined Contributions submitted in 2015.

Kazakhstan has achieved progress in diversifying its fossil-fuel dominated energy mix, exploring possibilities or tapping into its large renewable energy potential, in particular wind solar and bioenergy. The 2017 Astana EXPO, with its core theme “Future Energy”, showcased the world Kazakh technologies and best practices that will facilitate the green revolution in the country. Upon the conclusion of the EXPO, the Astana International Financial Centre (AIFC) opened in its grounds. Thematically, the AIFC will carry on the legacy of the EXPO, as the development of green finance is one of its key strategic directions.

In a region highly vulnerable to the effects of climate change, these efforts are indeed invaluable. Kazakhstan is currently in the midst of an ambitious restoration project to mitigate the effects of the Aral Sea Disaster and revert the trend of the shrinking North Aral Sea, through the construction and expansion of the Kokaral dam and dike. For example, the 100 kilometres once separating the town of Aralsk from the lake shoreline, have now been reduced to a mere 20-25 kilometres.

Lastly, it is worth mentioning that in February this year, an online platform for monitoring, reporting and verifying emission sources and greenhouse gases was officially launched by the Ministry of Energy of the Republic of Kazakhstan in cooperation with the World Bank, as an important pillar of the modernisation and digitalisation of the country’s emission control system.

In conclusion, President Nazarbayev’s recently announced Social Initiatives will pave the way for Kazakhstan to continue rising in the ranks of the Human Development Index after notable rises in recent years (During the period 2010-2015, Kazakhstan already jumped 7 spots). For this, the economy will need to diversify further, a robust private sector be further developed, and the productivity of various economic sectors increased with the availability of new technologies. The country is also equipping its youth with the skills and know-how necessary to flourish in the impending 4th Industrial Revolution of high-tech and big data.

These measures will furthermore strengthen the resilience of the middle class which has grown to approximately 20 percent of the population, according to World Bank Statistics. A vigorous middle class is a key driver of consumer spending, growth and stability. Lastly, new social initiatives reaffirm the fact that Kazakhstan has a people-oriented agenda in place, with the well-being and prosperity of its citizens at the centre of the national strategy.