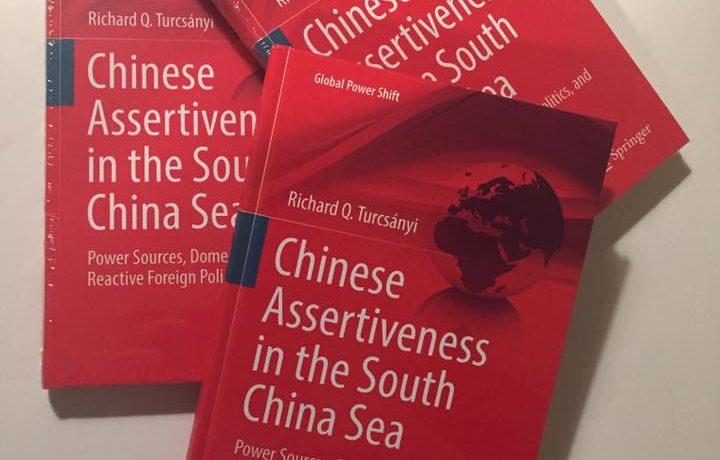 EIAS Associate Researcher Dr Richard Turcsanyi has recently published a book entitled “Chinese Assertiveness in the South China Sea”. This book offers an assessment of China’s assertive foreign policy behavior with a special focus on Chinese policies in the South China Sea (SCS). By providing a detailed account of the events in the SCS and by analyzing power dynamics in the region, it identifies the driving forces behind China’s assertive foreign policy. Considering China’s power on a domestic as well as an international level, it examines a number of different sources of hard and soft power, including military, economics, geopolitics, and domestic legitimacy.

Dr Turcsanyi demonstrates that Chinese assertiveness in the SCS can be explained not only by increases in China’s power, but also by effective reactions to other actors’ foreign policy changes. The book will appeal to scholars in international relations, especially those interested in a better understanding of South China Sea developments, China’s political power and foreign policy, and East Asian international affairs.

A short preview of the book appeared in The Diplomat this week in an article entitled “What’s Really Behind Chinese Assertiveness in the South China Sea?” and which can be accessed here: https://thediplomat.com/2017/12/whats-really-behind-chinese-assertiveness-in-the-south-china-sea/