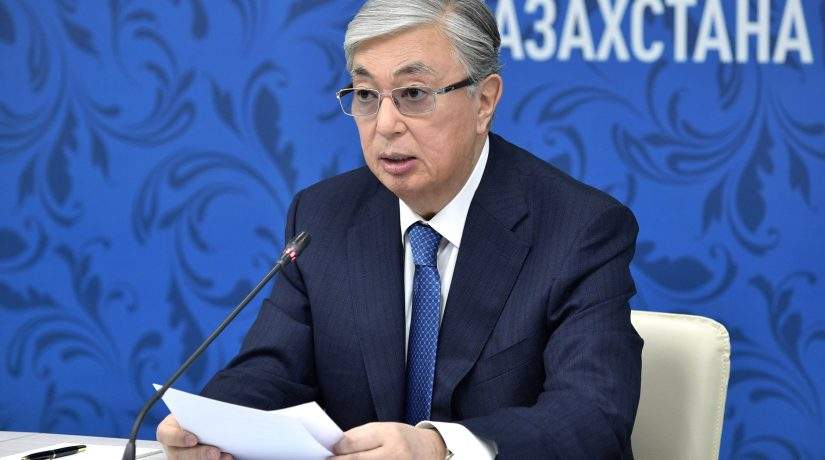 Since gaining independence from the Soviet Union in 1991, Kazakhstan has gone on to establish itself as Central Asia’s most powerful economy, yielding a USD 180 billion GDP in 2019 with a 4.5% annual growth rate. This in large part has been due to its plentiful natural resources, strategic position as the transitioning space between China, Russia, and Europe as well as the post-independence economic reforms implemented by former President Nursultan Nazarbayev. Following more than 70 years of communist rule, Nazarbayev’s priority was to heavily build up Kazakhstan’s economy and inter-ethnic stability. However, this economic prowess came to a certain extent at the expense of human rights and democratic reforms.

Upon his visit in 2015, former UN Special Rapporteur on the Rights to Freedom of Peaceful Assembly and of Association, Maina Kiai, described the freedom of assembly as a “privilege or a favour, rather than a right” in Kazakhstan. According to Article 32 of the Kazakh constitution, citizens “have the right to assemble peacefully and without weapons, hold meetings, campaigns and demonstrations, street processions and pickets”, however this right may be “restricted by law in the interests of state security, public order and protection of health, rights, and the freedom of other persons”. In order to organise a public assembly in Kazakhstan, an application had to be sent to and approved by government officials, and if approved, would take place in a specially designated area for assemblies. However, the KIBHR (Kazakhstan International Bureau for Human Rights and Rule of Law) found that applications were permitted based on the political loyalty of the protest. According to their study, which was carried between 1995 and 2010, there was not a single case found where political opposition assemblies were permitted to take place in central areas or near local government offices. This was a common thread of the Nazarbayev era that was symbolic of the mono-party political culture that Kazakhstan had inherited from the Soviet Union.

Upon his resignation announcement in March 2019, Nazarbayev chose the then Speaker of the Senate Kassym-Jomart Tokayev, as his successor in the run-up to the election.

Yet a year after winning the election with 70.96% of the vote, it appears that Tokayev has begun to unveil new policies to further develop the process of “controlled democratisation”. One of the most prominent signs of this has been the development of the National Council of Public Trust (NCPT). The Council, which is comprised of 44 members from a range of different backgrounds, aims to build a platform of representative public opinion and analysis on domestic issues. During his Speech at the 2nd meeting for the NCPT, Tokayev stated that the Kazakh government is “overcoming the fear of alternative opinion”, and noted that those opinions would aid in Kazakhstan’s development. Further measures have also been implemented to increase representation in domestic politics. Notably, a quota of 30% for women and young people in electoral party lists has been made mandatory whilst the registration member thresholds for new political parties has been reduced from 40,000 to 20,000; thus better facilitating the creation of new political parties and avoiding a Nur Otan party monopoly. Furthermore, in May 2020, Tokayev ratified a new peaceful assembly law ; which now allows assemblies to take place in more central locations in major cities; with 12 designated areas in Nur-Sultan and 24 in Almaty.

It appears that there is a new ethos running through the Kazakh government, which can be attributed to the input of a new generation of younger government personnel. An openness to civil discourse has already been displayed in October 2019, when Tokayev banned the construction of a new ski resort at Kazakhstan’s natural mountain landmark Kok-Zhailau, after years of activism by the ‘Save Kok-Zhailau’ movement. This modernisation will be imperative in finding democratic solutions to tackling the trust deficit that still ensues amongst activist groups.

The measures that have been implemented so far can act as a stepping stone for further democratisation but it will be a gradual process, as Tokayev has stated that Kazakhstan must not “run ahead”. This is a sensible decision since he is still just over a year into his time in office and as Nazarbayev claimed; it would be unreasonable to expect Kazakhstan to replicate the same democratic structures that some Western states have taken hundreds of years to establish. Regionally, Kazakhstan has shown improvement in the past year compared to its fellow Central Asian states. According to Freedom House’s 2020 ‘Nations in Transit’ report, Kazakhstan’s democracy score improved to 5.36% vis-à-vis the previous year (4.76%), particularly in the category of ‘Civil Society’, whilst Uzbekistan rose to 2.38% (up from 1.79%). Considering that this report was based on events over the course of 2019, which was a transitional period from Nazarbayev to Tokayev, it should be expected that this score will be much improved upon in the 2021 report.

How the EU is cooperating with Kazakhstan

Given the senior role that Nazarbayev continues to hold in the Kazakh political landscape, Tokayev is now in a position where his actions must adhere to the expectations of both the former president, the Kazakhn population and the internationally community, notably the EU who continues to be Kazakhstan’s largest trade partner.

Recent developments have shown that we are entering a new stage in EU-Kazakhstan relations. Notably, the Enhanced Partnership and Cooperation Agreement (EPCA) has come into force this year. This agreement provides an enhanced framework for cooperation in a range of areas including trade and investment, climate change, energy, as well as justice and home affairs. Through regular meetings and discussion, the EU hopes to develop its economic, socio-cultural and political partnerships with Kazakhstan. Furthermore, in July 2019, the EU updated its Central Asia strategy for the first time since 2007 with the goal of focusing more on human rights, governance, and regional cooperation. The Council of Europe’s Neighbourhood Co-operation priorities for 2019-2022 in Kazakhstan also includes improving Kazakhstan’s legal system and electoral processes. The Council plans to provide specialised training and tools to Kazakh legal professionals and law enforcement officers through the European Programme for Human Rights Education for Legal Professionals (HELP). Furthermore, the Venice Commission (European Commission for Democracy through Law) will also provide legal support on Kazakh electoral process laws, whilst seminars will be organised on the freedom of association. Through this, the council hopes to educate Kazakh officials on valid International and European human rights standards.

Tokayev’s Kazakhstan has been particularly praised by those in the EU public sphere. High Representative of the European Union for Foreign Affairs and Security Policy, Josep Borrell, stated that “the breadth and depth of our relationship has progressed immeasurably” whilst the Chair of the EU-Kazakhstan Friendship Group, Ryszard Czarnecki, also commented that Tokayev is “building a social welfare state, where special attention is paid to reducing inequality, improving the quality of life of every Kazakh, and where priority is given to solving the day-to-day problems of the people”. What would be advised is for the EU to create further ties with non-governmental civil society partners in Kazakhstan. Whilst the EU-Central Asia forum provided a platform for discussion with non-governmental groups, a specialised strategy specific to Kazakhstan would be of added value to allow for civil society discussion to take place between youth groups such as ‘Oyan, Qazaqstan’ and the government. The EU can aid this by utilising the capacities of the European Instrument for Democracy & Human Rights, offering grants to a range of grassroots projects in Kazakhstan that promote democracy, human rights, and governance.