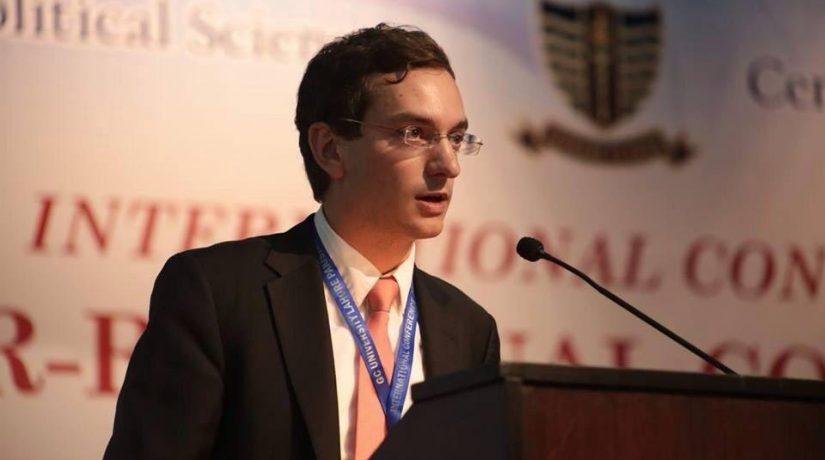 In November 2016 Programme Coordinator Alberto Turkstra participated in an international conference organised by the Department of Political Science and Centre of Excellence China Studies at Government College University, Lahore, on the theme of “Inter-Regional Connectivity: South Asia and Central Asia (ICIRCSACA)”, which highlighted the vitality of inter-regional connectivity and to provide an opportunity to scholars to further explore avenues of mutual-cooperation.

This conference encompassed within its purview new trends of regionalism and regionalization in connection with indigenous demands and realities of ‘sisterly regions’ i.e. South Asia and Central Asia. The focus of this academic endeavor was to discuss regional dynamics beyond the conventional parameters of regional study and to contribute in the formulation of a theoretical as well as methodological framework that must be synchronized with the Asian milieu. In addition, the conference initiated an academic debate on critical discourse in the realm of regionalism and filled the research gap by constructing a model of inter-regional connectivity across the traditional settings of the regions. The phenomenon of inter-regional connectivity in Asia is need of the time and a way forward for South and Central Asian states, wherein they could get more through cooperative interplay on the dictum of mutual dependence.

The conference accentuated on geostrategic vitality of South Asia for Central Asia and vice versa; under the spectrum of geopolitics, geo-economics and geo-energy. In this perspective, both regions are interdependent in varied fields. For instance, South Asia endows with pragmatic and cost-effective transit trade route to the Central Asian landlocked states. Whereas, Central Asian hydro-carbon reserves are strategic assets for energy stricken South Asia in order to pacify the latter’s unbridled energy demand. In addition, hydel-power generation of Kyrgyzstan and Tajikistan could also be a mean of connectivity and liaison between the both regions.

Mr Alberto Turkstra presented a paper assessing the accession of India and Pakistan to the Shanghai Cooperation Organization (SCO), specifically looking at the geo-economic rationale and implications of India and Pakistan’s accession to the SCO, at a time when the organization is expanding its portfolio beyond security cooperation to include a wider-range of economic issues, including a focus on connectivity, transportation infrastructure and the development of trade corridors. The paper concludes that there is a significant amount of untapped potential in increasing interregional economic exchanges between Central and South Asia under the SCO platform.

The full conference proceedings, including Mr Turkstra’s paper, can be downloaded here: http://ps.gcu.edu.pk/wp-content/uploads/2017/04/Proceediings-2016.pdf