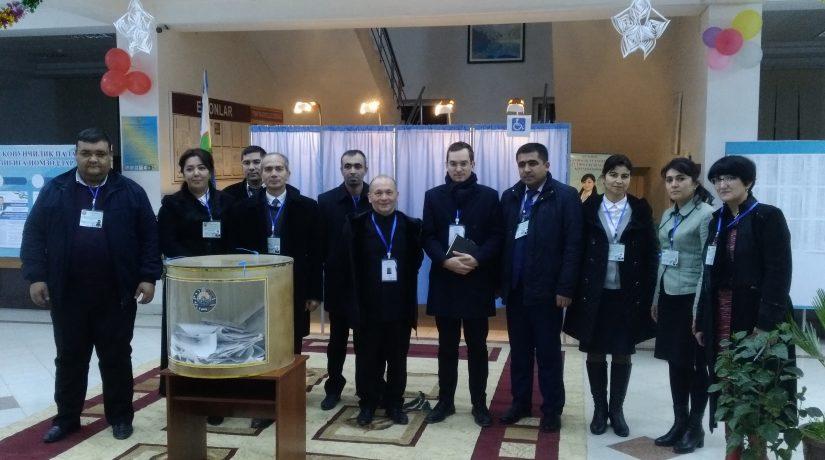 Representatives of the European Institute for Asian Studies (EIAS) participated in the 2019 election process as independent observers in Bukhara, Uzbekistan. These elections – the first since Shavkat Mirziyoyev was elected president in 2016 – were held under the slogan “New Uzbekistan – New Elections” and are presented as a milestone in the implementation of the country’s ambitious Development Strategy. Furthermore, these elections were held under a new electoral code, more in line with international standards. This code is based on the recommendations of international elections observation organisations, OSCE, ODIHR, and the exhaustive study of electoral practices of some 50 consolidated democracies, including Belgium.

We consider the overall election and voting process in a broader context of a country undergoing an evolution from a former soviet structured system towards a more open democratic system. One cannot expect that this process happens overnight and it is better that it takes a more gradual approach without abrupt or forced changes resulting in instability. We also observed that it is also part a learning curve of democratisation for the voters, the candidates, the political parties as well as for the institutions in Uzbekistan.

We could observe a quite positive atmosphere in the polling stations of the voters, taking in consideration that the voters of course were motivated participate in the electoral process and to experience a broader political choice within certain well-defined limits.