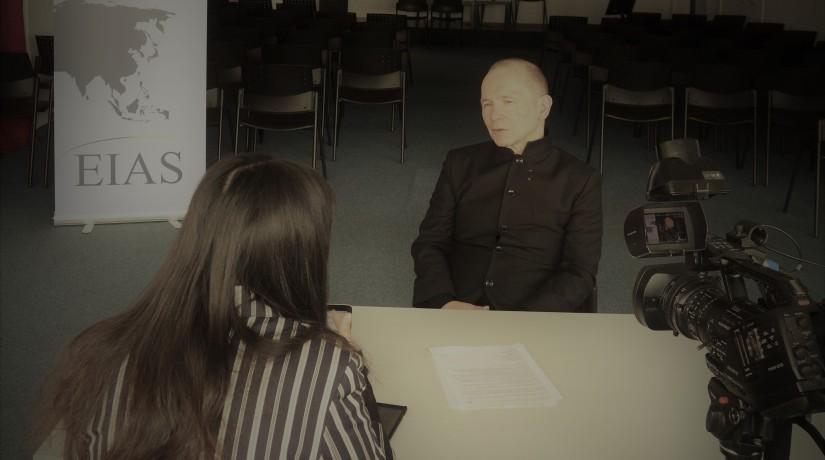 Mr Axel Goethals, CEO of EIAS, gave an interview to Xinhua News Agency on 18th April on the Belt and Road Initiative (BRI) and new avenues for EU-China cooperation.

Starting from the fact that there is substantial scope to enhance the natural partnership between China and the EU, Mr Goethals argued that the BRI can open a number of new cooperation opportunities, but it is not yet known well enough and understood by EU industry and Member States. Furthermore, BRI is a high-level structural approach, and would benefit from a more bottom-up approach involving all relevant stakeholders, including Small and Medium Enterprises (SMEs).  More synergies need to be examined between the Juncker Investment Plan and Chinese funding. Furthermore, more emphasis should also be placed in cooperation at subnational levels, especially regional and local.

Mr Goethals pointed that while EU multinationals are resourceful enough to do business in China, SMEs, which are the main source of innovation and dynamism in an economy, are more constrained and have greater difficulties in finding structural support in entering the Chinese market, since the economic tissue in China revolves mostly around big state owned enterprises.

EU-China relations should also be examined in the context of the uncertain global geopolitical context, with the election of Trump and Brexit, populist tendencies in various EU Member States, and an apparent atmosphere of fear and paranoia (especially regarding North Korea). On Brexit, Mr Goethals noted that it has forced a rethink within the EU, which seems to need a crisis in order to move forward, but the EU, with or without the UK, is strong and resilient and an essential order of the international economic order.

Furthermore, an exaggeration of the China threat theory as a result of numerous Chinese acquisitions in certain EU sectors, as well as prevailing and outdated stereotypes about China and negative perceptions about Chinese investments, all contribute to a trust deficit, as was the heated debate in Brussels on whether China should be granted Market Economy Status (which was the subject of a recent EIAS report which can be accessed here). To tackle this, Mr Goethals argued, cultural diplomacy is crucial, including higher education exchanges to improve the understanding in the EU about modern China, and to develop new networks of students and young professionals which is the basis for long-term partnerships. Both sides should invest more on public diplomacy through different channels in order to advertise their investments and to decrease mistrust.